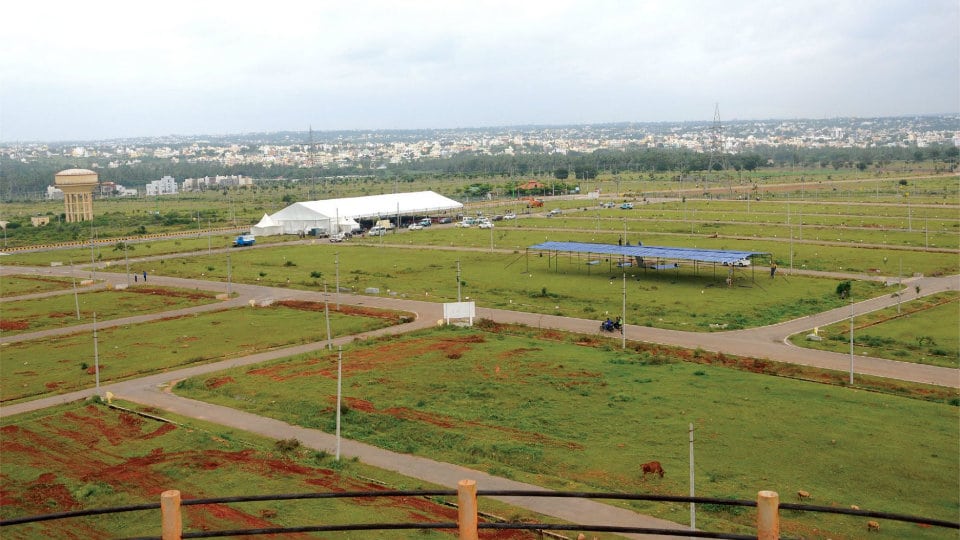 Mysuru: The draw of lots to distribute 1,800 sites in Rabindranath Tagore Nagar or R.T. Nagar by Mysuru Urban Development Authority (MUDA) will take place at R.T. Nagar tomorrow at 11 am.

Chief Minister Siddharamaiah will initiate the process of site distribution through lottery system. Allotment letters to beneficiaries will be given on the same day.

A team of MUDA officials visited the venue this morning and oversaw the arrangements. The entire layout has been  cleaned and the medians are painted. New signboards have been set up providing a direction to the people.

One giant water-proof stage and shamiyanas has been set up for the grand event and two small stages have been set up for the lottery picking and the distribution of site letters. As soon as the name of a beneficiary is announced, he/ she has to walk up to the stage and pick the ‘lottery coin’ from the rotating machine.

The beneficiary will have to insert his/ her hand into the machine and randomly pick the coins. Once the coin is picked and handed over to the MUDA official, the coin number is read out and the site number that has been allotted to that particular coin will be read out. Allotment letters will be typed on-the-spot.

If a beneficiary is absent when the lots are drawn, a MUDA official will pick the lottery coin on his/ her behalf and the site will be allotted, said MUDA officials. 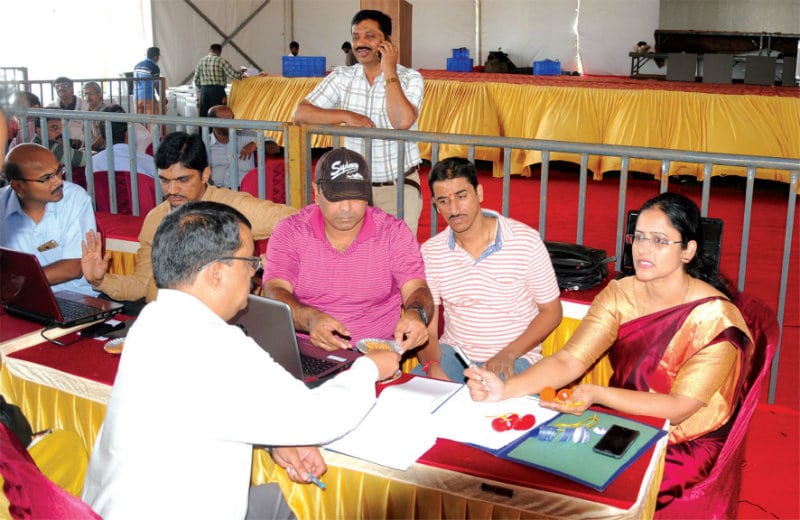 The R.T. Nagar Layout was formed along the Ring Road adjoining Kanakadasanagar and University Layouts in a vast area of 219 acres. The land acquisition process had been completed in 1993-1994 and accordingly, compensations were paid.

The layout comes under different survey numbers of Kergalli and over 2,270 sites of various dimensions will be distributed to aspirants who have been waiting for sites for more than 10 years. There are 394 Corner Sites (CS), 1,764 Intermediate Sites (IS), and 114 Odd Sites (OS) out of the total 2,270 sites at R.T. Nagar.

Title Deeds will not be given till the 10-year lease period expires preventing the beneficiaries from selling the sites.

If at any given point of time within the mandatory 10-year lease period if the beneficiary has to sell a site, he/ she must pay 50 percent penalty at the prevailing market rate (according to the guidance value fixed by the Sub-Registrar) at the time of the sale, officials said.