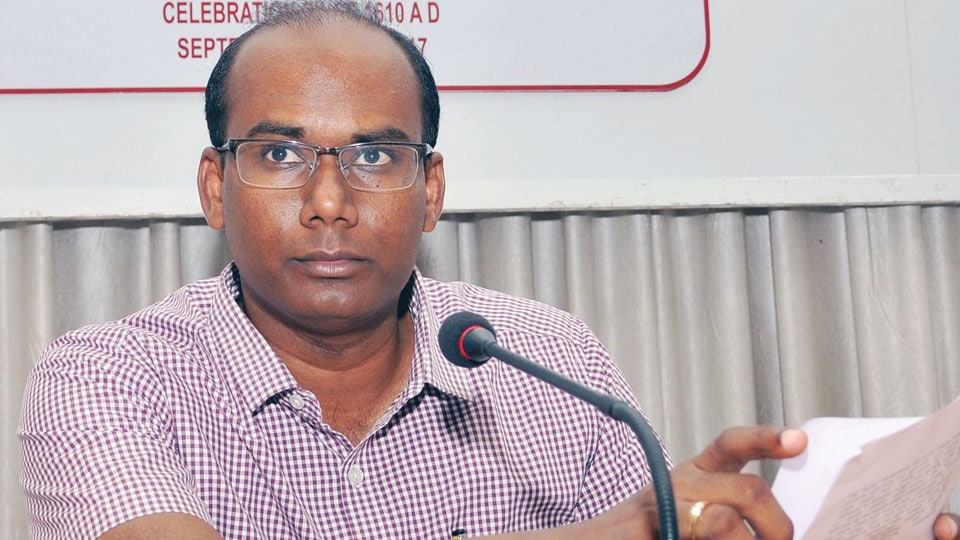 Mysuru: Deputy Commissioner D. Randeep has directed the officials to draw only that much amount of money stipulated under Rashtriya Swasthya Bima Yojna (RSBY).

Presiding over a meeting called at his office to discuss the shortcomings in the Scheme, Randeep said that officials should draw only that much amount granted to beneficiaries under the Scheme.

Instructing the officials to educate the beneficiaries on getting only Blue Cards as the Yellow Cards issued earlier were not in use, he asked the officials to update computer softwares and not to insist the beneficiaries to come up with their grievances only in writing. He further said that the backward H.D Kote taluk should be given more prominence in the implementation of Rashtriya Swasthya Bima Yojna.

DC D. Randeep
Is Mysuru City geared up for No.1 tag?
Workshop on Energy Conservation for Ladies Club Members