Home » News » Drinking water and cleanliness will be my priority: New MCC Comr. 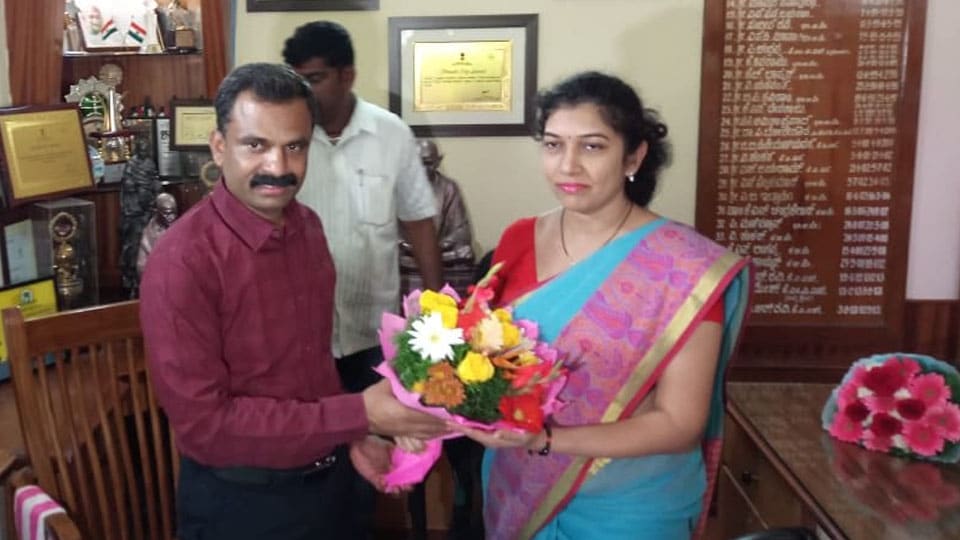 Drinking water and cleanliness will be my priority: New MCC Comr.

Mysuru: IAS Officer Shilpa Nag has taken over as the Commissioner of Mysuru City Corporation (MCC). Outgoing Commissioner K.H. Jagadeesha, who has been appointed as Chief Administrator at Directorate of Collegiate Education, Bengaluru, handed over charge to her at the MCC Office on Sayyaji Rao Road last afternoon.

Karnataka cadre Officer Shilpa Nag had earlier served as the Director of Abdul Nazir Saab State Institute of Rural Development (ANSSIRD) and she has sufficient knowledge about the city. She believes that this would help her in discharging duties at the MCC in an efficient manner.

Speaking to Star of Mysore soon after taking charge, Shilpa Nag said that she has been transferred based on the directives of Election Commission and will have the responsibility of looking after the Lok Sabha election process and at the same time, give priority to civic issues.

She said that she will focus on drinking water. “Mysuru has already won the ‘Cleanest City’ tag in India and it is attempting to regain that place once again. I will ensure that the cleanliness is maintained. I will take the officers and employees of the MCC into confidence and strive towards the overall development of the city by providing an efficient administration,” she said.