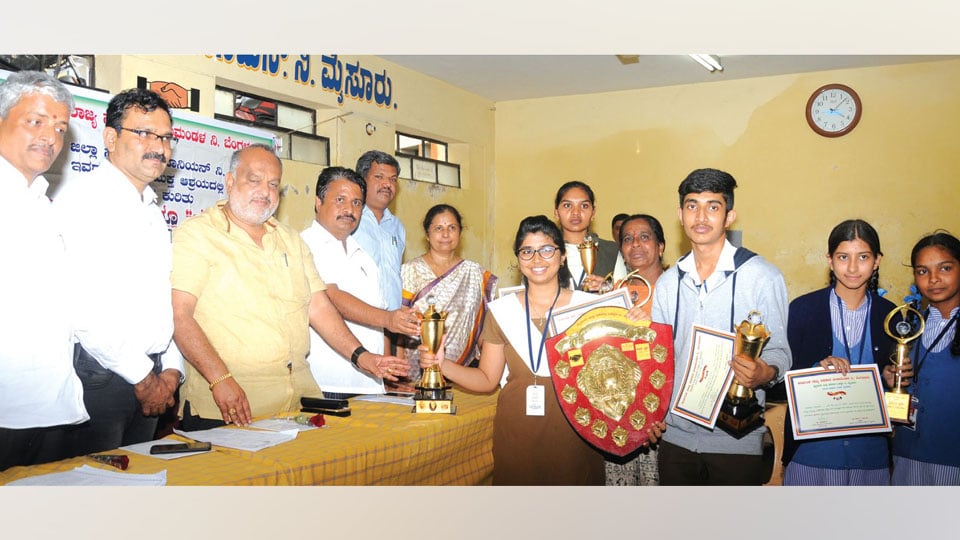 Mysuru: “Teachers have an enormous responsibility of educating children on moral values and enable them to fight against injustice,” opined DDPI Manjula.

She was speaking at the prize distribution programme to winners of debate and essay competition on co-operative issues for PUC and high school students, organised jointly by Karnataka State Co-operative Federation and Pramathi Hillview Academy at Sahakara Bhavan on Chamaraja Double Road recently.

Highlighting the role of teachers in inculcating human values among children, she said children will learn more from practical experiences in life.