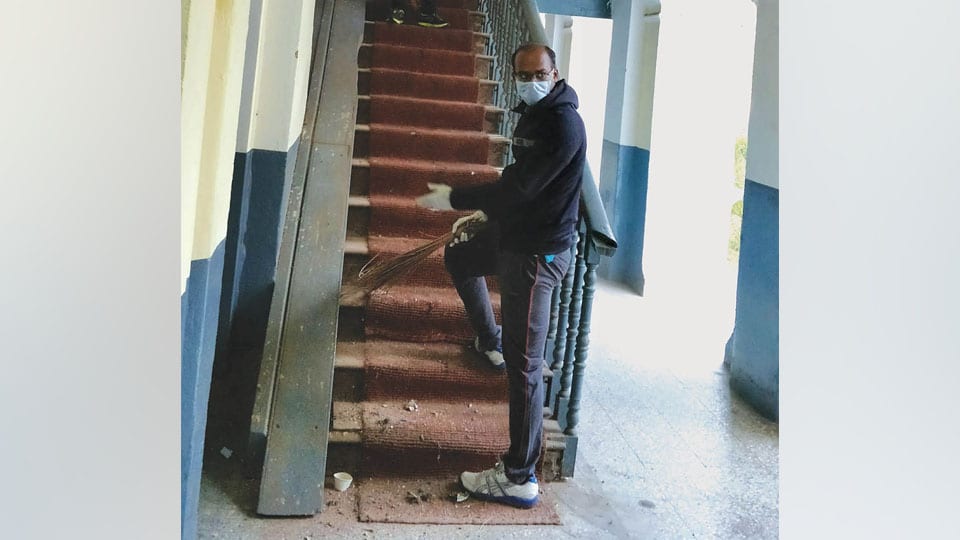 Deputy Commissioner (DC) D. Randeep, who has urged for cleanliness and hygiene at all Government offices, wore mask and gloves and took the initiative of cleaning the premises of his office here yesterday. The DC office which houses many Government Departments is frequented by hundreds of people every day. The imposing monument was once the place where the Mysore Representative Assembly held its sittings. The whole area was called Gordon Park named after Sir James Gordon, the British  Administrator.