Home » News » ‘Education is not just for Roti-Kapada-Makaan’: Swami Bodhamayanandaji 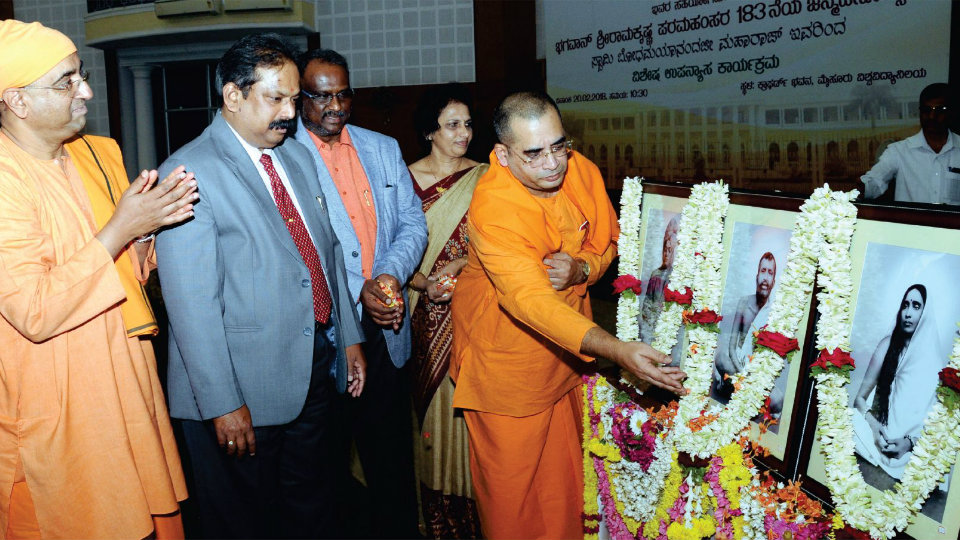 Mysuru:  Marking the 183rd birth anniversary of Sri Ramakrishna Paramahamsa, Sri Ramakrishna Ashrama had organised a special lecture on “The need of Swami Vivekananda’s message of strength for the youth” at Crawford Hall here this morning.

The occasion also marked the anniversary of Sri Ramakrishna Ashrama.

Speaking on the topic after offering floral tributes to a portrait of Sri Ramakrishna Paramahamsa, Swami Bodhamayanandaji, Director of Swami Vivekananda Human Excellence Centre, Hyderabad, regretted that education today was aimed to achieve only three goals in life namely ‘Roti-Kapada-Makaan.’ He pointed out that education should help a person to develop a strong mind and body and emphasised that the Hyderabad Centre was focussing on that aspect of education as envisaged by Swami Vivekananda.

Continuing, the Swamiji contended that an untrained mind would help youth go astray and pointed out that meditation would help a lot to focus and control the mind. He asked the youth to emulate young martyrs who had given their lives for the nation and recalled the message of Swami Vivekananda for youth ‘First Love India’ 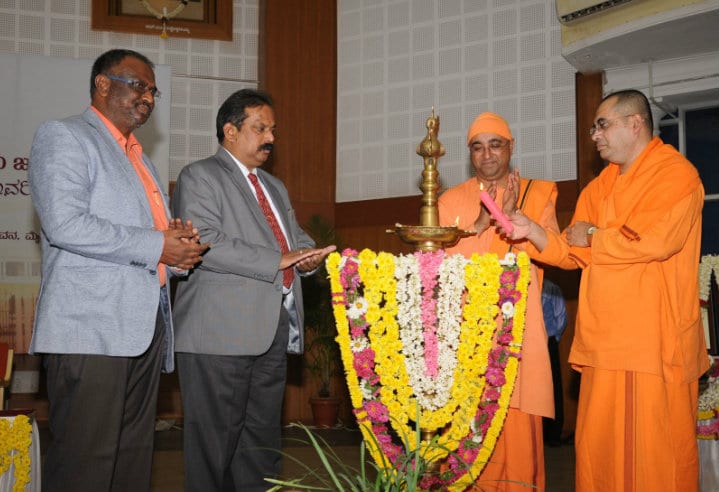