Home » News » Eidgah Maidan being spruced up for Ramzan prayers 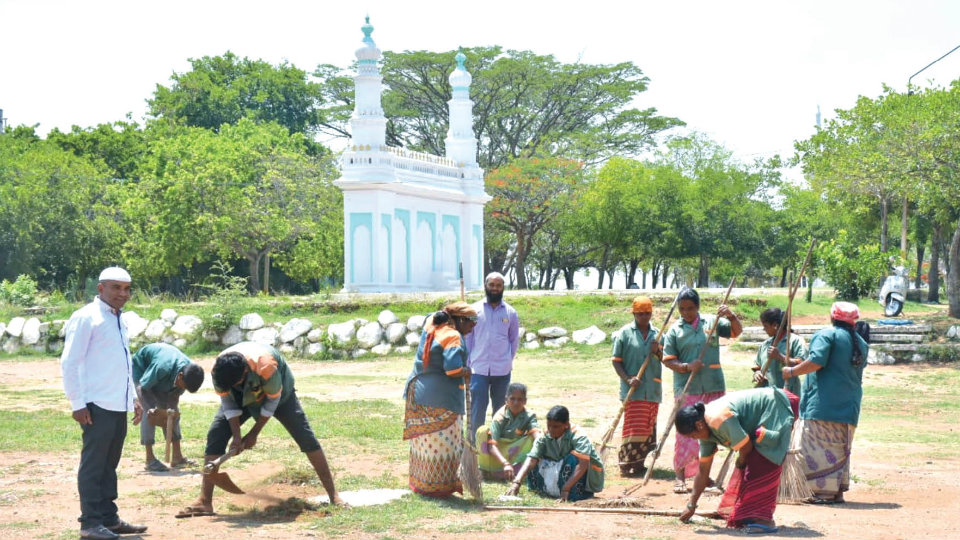 Eidgah Maidan being spruced up for Ramzan prayers

About 80,000 Muslim brethren to offer prayers on holy day

Mysore:  Nearly 80,000 Muslim brethren will assemble at the sprawling Eidgah Maidan in Tilaknagar to offer prayers Ramzan which will be celebrated on June 5 (depending on the sighting of the moon) and the Eidgah Maidan is being spruced up for the occasion.

Stating that this land was gifted by the then Maharaja of Mysuru, Suhail Baig said that a scene from the 1972 Raaj Kumar and Meena Kumari starrer Hindi movie Pakeezah was shot in the Eidgah Maidan here.

He said that Mayor Pushpalatha Jagganath and other MCC officials inspected the Eidgah Maidan yesterday and supervised the cleaning works which was taken up a few days ago.

He further said that Sir Khazi of Mysuru Hazarath Moulana Mohammed Usman Shariff will address the huge gathering and will lead the Ramzan prayer.

Due to intense heat and scorching sun, Suhail Baig has requested the Muslim brethren to carry an umbrella with them while coming to Eidgah Maidan to offer Eid prayers.