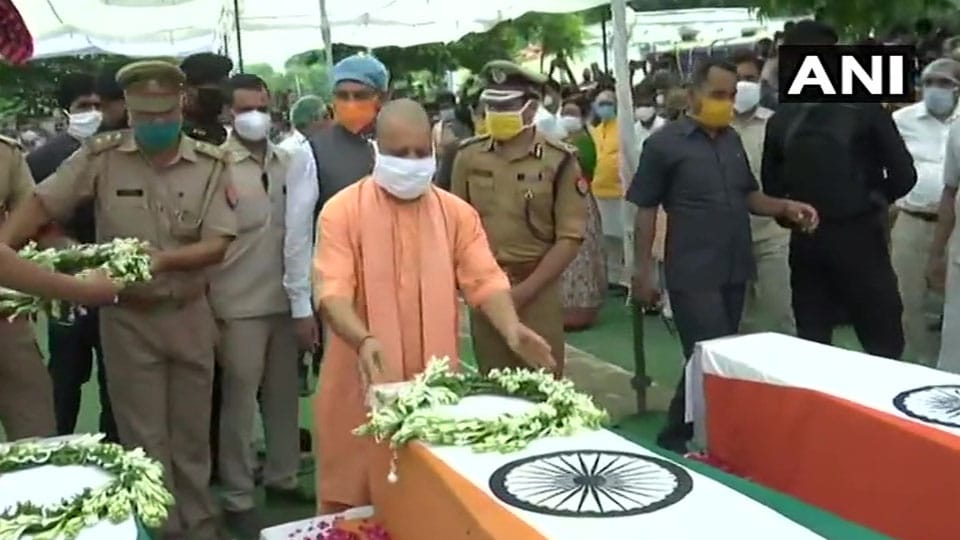 Kanpur: Eight Police personnel were gunned down in Uttar Pradesh’s Kanpur in a fierce gun-battle between the Police and criminals who ambushed the group of personnel late last night. Apart from the eight dead, seven other Policemen have been injured in the encounter.

The Kanpur Police team had gone to raid history-sheeter Vikas Dubey with around 60 criminal cases in his name. As the group of Police personnel raided the Bikaru village in search of Vikas Dubey, the team was ambushed.

The Police team was about to reach the hideout of the dreaded criminal when a hail of bullets was showered on them from a building rooftop, leaving Deputy SP Devendra Mishra, three Sub-Inspectors and four Constables dead. The notorious criminal might have got an inkling of the impending raid.

SSP Kanpur said, “They had gone to arrest him following a complaint of attempt to murder. The Police team was ambushed. JCB earthmoving machines were put up on the road which obstructed the Police vehicles during the operation. This forced the Police team to get down from their vehicles, when the criminals opened fire. There was retaliatory firing from the Police, but the criminals were on a rooftop, which led to deaths of eight Cops,” he added.

DGP H.C. Awasthi said, “The Kanpur Special Task Force is  already at work. A large-scale operation is being carried out. This is in continuation with the operation for which the team had gone there in the first place.” Operation is still underway as criminals managed to escape, taking advantage of the dark. IG, ADG, ADG (Law & Order) have been sent there to supervise operation. Forensic team from Kanpur was at the spot; an expert team from Lucknow is also being sent,  he added.