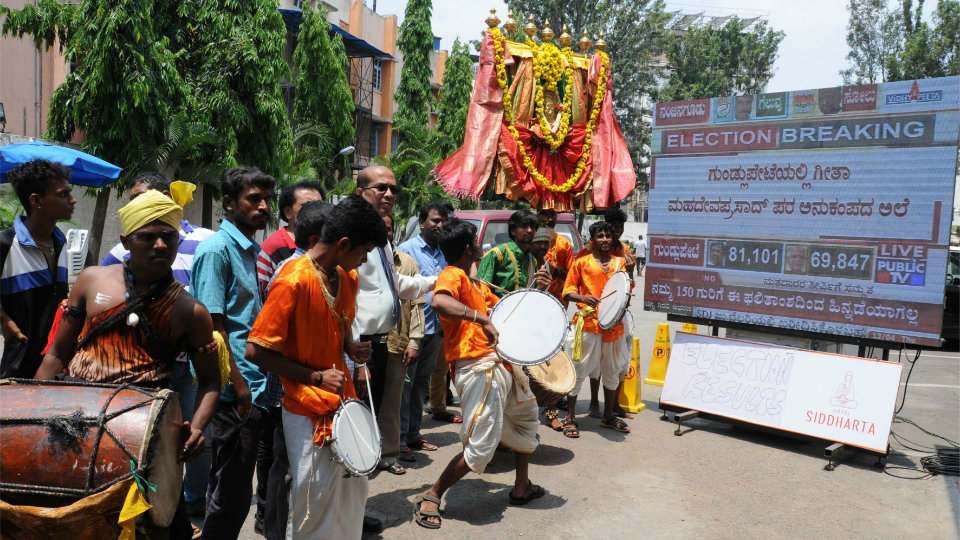 Mysuru –  With curiosity building over the results of Nanjangud and Gundlupet by-polls, the political enthusiasts in the city were glued to their television sets watching the results telecast live in the news channels just like cricket enthusiasts during IPL matches.

TV sets were mobbed in tea stalls in and around city.

Hotel Siddharta, located near the Jayachamaraja Wadiyar Circle, had even erected 8×12 ft. LED screen at the hotel premises attracting hundreds of political enthusiasts. The hotel also provided tea, coffee and snacks at  Rs. 10 to the people.

This apart, it had also organised cultural programmes like dollu kunita, puja kunita  and other programmes during the breaks for the entertainment of the people present at the venue.