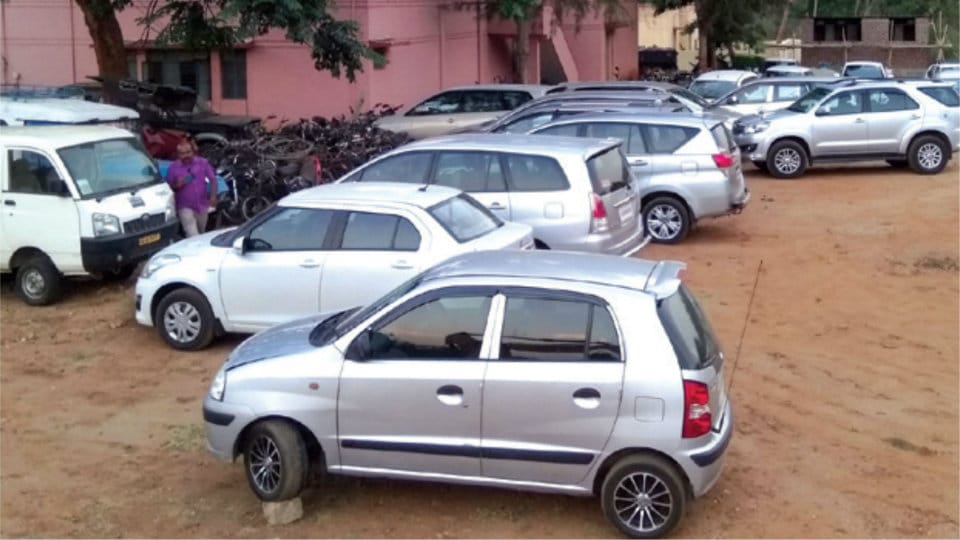 Election officials yesterday seized more than 50 vehicles belonging to Congress and BJP leaders which were used for Gundlupet by-poll public campaign without permission.