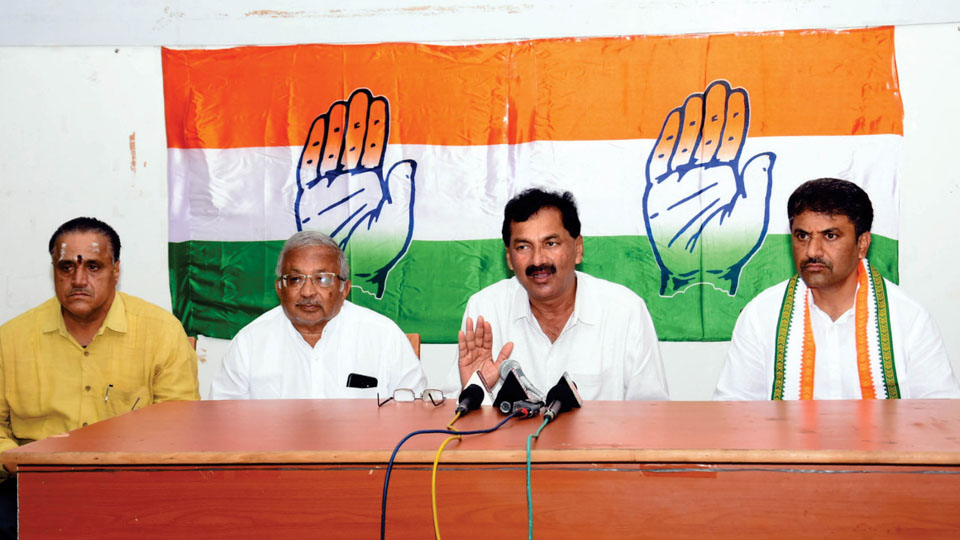 Mysore/Mysuru: Maintaining that the address of over 40,000 voters in the electoral rolls of the South Graduates Constituency were either unclear or incomplete, Congress Spokesperson M. Lakshmana warned that the party would move the High Court if the Election Commission does not take the issue seriously and take steps to rectify the lapses.

Addressing a press meet at Congress Bhavan near the city Railway Station here yesterday, Lakshmana accused the ruling BJP of resorting to electoral malpractices in a bid to win the polls.

Pointing out that the Constituency has 1.33 lakh voters, Lakshmana claimed that some of the voters were not Graduates and as such a complaint has been lodged with the Election Commission. The EC should conduct a probe into the complaint and take all measures for ensuring a free and fair poll, he said adding that there is a growing suspicion that the electoral rolls may have been tampered with by registration of fake voters with wrong address.

Lakshmana also warned that the Congress would petition the High Court seeking a stay on the election if the anomalies and lapses in the electoral rolls and process are not rectified. He also expressed concern over possible electoral malpractices and  bogus voting by the ruling BJP as over 2,000 RSS workers are involved in the poll related work of the BJP.

Continuing, Lakshmana said that there is no confusion regarding the Congress candidate like in  the BJP or the JD(S)  as the party had declared Madhu Madegowda as its candidate months ago.

Contending that disgruntled JD(S) MLC Marithibbegowda has openly extended his support to Congress, he expressed the hope that the Congress would win this time.

The Congress Spokesperson also wanted the EC to book a case against Higher Education Minister Dr. C.N.  Ashwathnarayan for seeking votes at an official meeting held at Mandya, in violation of the poll code.

He also charged Chief Minister Basavaraj Bommai of violating poll code by holding a meeting with heads of private educational institutions in Bengaluru region, which was also attended by Education Department officials.