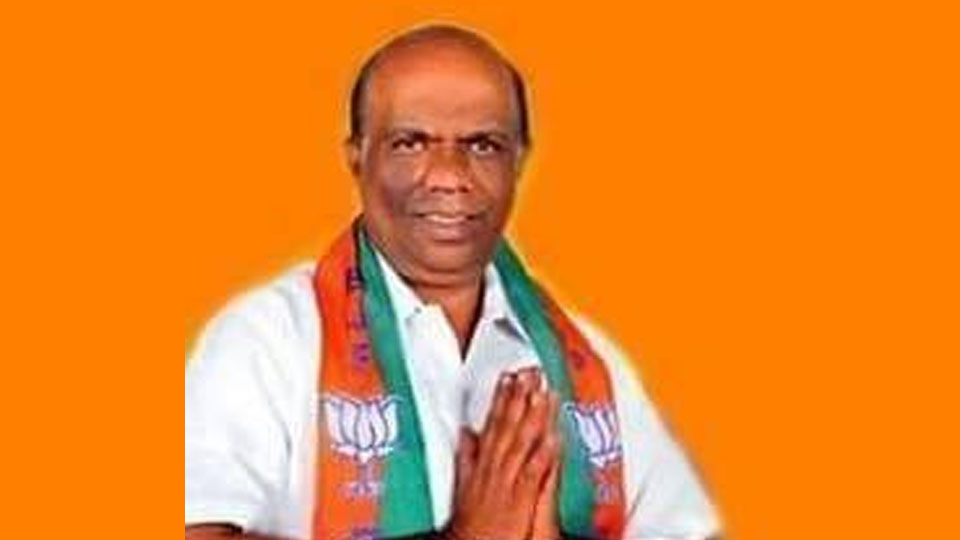 Mysore/Mysuru: Alleging that vested interests in the name of his fan’s association were sending false messages that money would be transferred to the Google Pay and PhonePe accounts of voters to tarnish his image, BJP candidate for the South Graduates Constituency M.V. Ravishankar has lodged a complaint with Cyber Crime Police.

In his complaint, Ravishankar has stated that false message in the name of M.V. Ravishankar Abhimani Balaga has been received by many.

The message contains his photo with a note and a link stating “Friends, kindly send your Google Pay and PhonePe number.” When the message link opens, it states, “Vote for Ravishankar, get payment to your account.”

Pointing out that the message and the link was being sent from Mob: 82699-08222, Ravishankar said that such a message was being sent to tarnish his and the party’s image and has urged the Police to initiate legal action against those sending such messages.