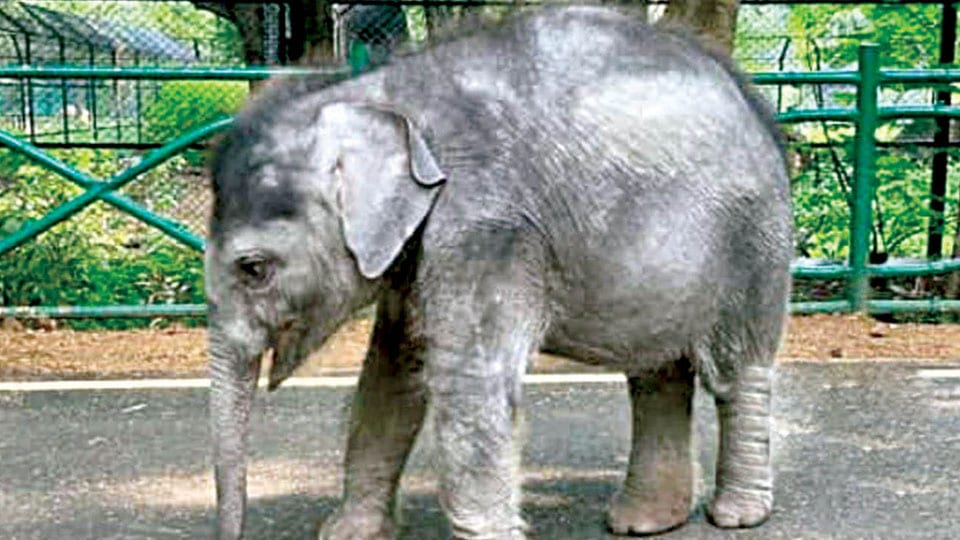 Mysore/Mysuru: An elephant calf, which had got separated from its mother at B.R. Hills about six months ago and being taken care at Mysuru Zoo has died on Sunday.

The Forest staff, about six months ago, had rescued the 15-day-old calf, which was separated from its mother and had handed it over to the Mysuru Zoo to look after it.

The calf was responding to the care by the Zoo staff since six months, who had named it Vedavathi. But since about three-four days, the calf is said to have contracted infection and despite best efforts by Zoo Veterinarians to save the calf, its health began to deteriorate and succumbed to the infection on Sunday morning.