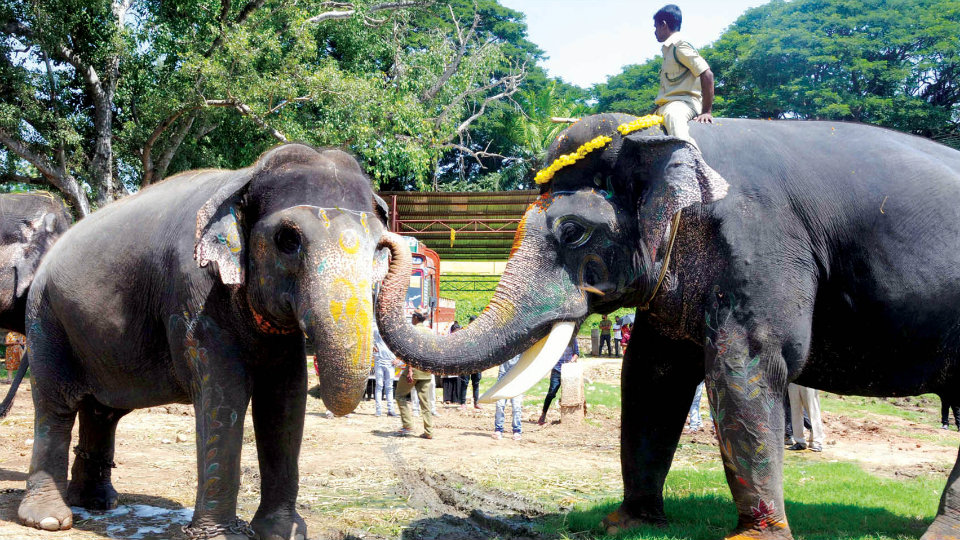 Mysuru: Heart-touching scenes were witnessed at Mysore Palace premises yesterday when nine Dasara elephants of the 12 jumbos that had been camped in the Palace premises nearly a month, returned to their respective forest camps after the end of the ten-day Dasara festivities.

Dozens of onlookers became emotional when these elephants were loaded to trucks.

Interestingly, tears were seen rolling down from the eyes of Palace elephants when the Howdah-elephant Arjuna was leaving the camp.

Palace elephants like Preethi, Seetha, Chanchala and Ruby had developed emotional attachment with the Howdah-elephant that was given a shed erected behind their shelter in the Palace premises almost for 50 days.

Arjuna, who noticed tears in the eyes of the Palace elephants, Preethi and Chanchala, himself became emotional for some moments, returned and consoled them by wiping tears by raising his trunk. Later, Howdah-elephant Mahout Vinu and Kavadi consoled Arjuna and guided him on to the truck.