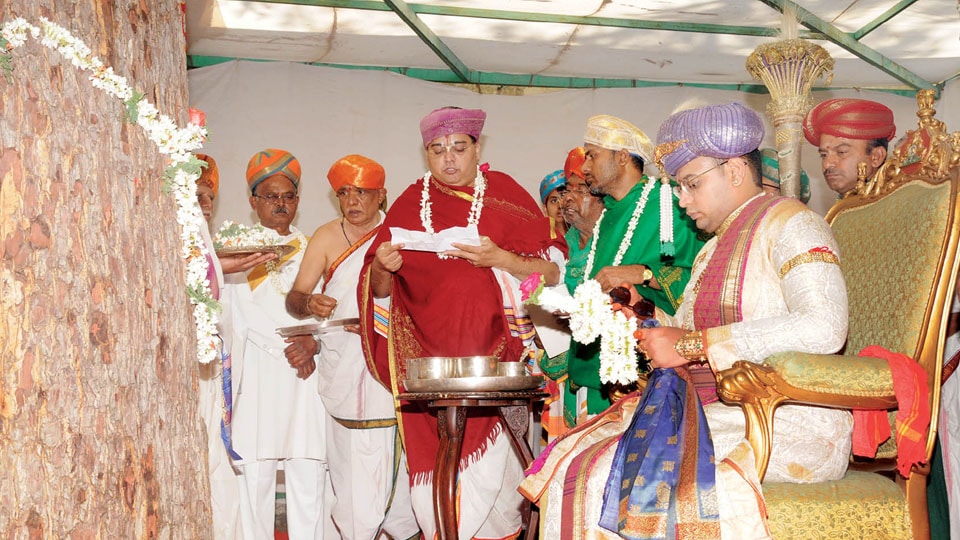 Mysuru: This is the first time in over 400- year history of Wadiyar dynasty that Vijayadashami was celebrated three days after the ten-day Dasara celebrations ended.

The unexpected circumstances arose following the death of two royal family members on Vijayadashami Day (Oct.19). Even as the news of the passing away of Puttarathnammanni (98), mother of Pramoda Devi Wadiyar, broke early in the morning, the celebrations were postponed after consultations with the Gurus of Parakala Mutt.

Yaduveer Krishnadatta Chamaraja Wadiyar, the titular head of the Mysore Royal family, who was to perform the rituals including the Shami Puja, Vijaya Yatre and the Vajramushti Kalaga by the Jattis, postponed the celebrations to Oct.22. Yaduveer Wadiyar began the traditional rituals by offering Uttara puja to the Pattada Kathi and other weapons at the Kalayana Mantap inside the Mysore Palace at 9.20 am. He performed Pushpa puja, Uttara puja and Pushparchane with the Palace priests Hari and Vijaya Raja Purohit and another priest from Rajasthan assisting him. 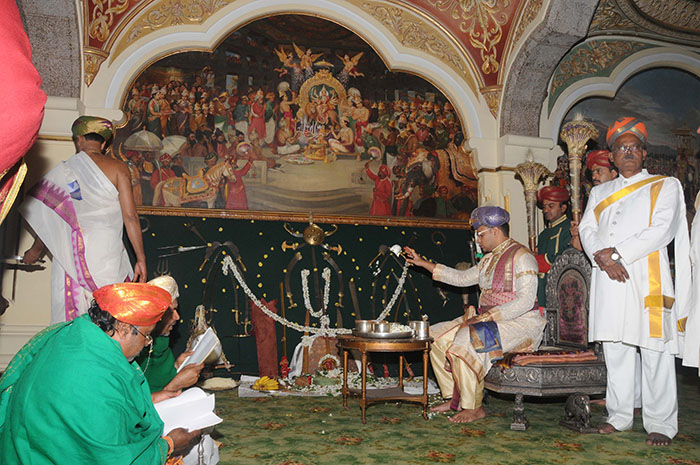 The Vijaya Yatre or Victory Procession began after the Vajramushti Kalaga ended. Yaduveer came holding the Pattada Kathi to Savar Thotti from Kalyana Mantap and greeted the wrestlers (Jattis) who offered him their salutations.

He then placed the Pattada Kathi in the Golden Palanquin (Chinnada Pallakki) which was carried to Bhuvaneshwari Temple near Balarama Gate (North Gate) of the Mysore Palace.

Instead of sitting in the Silver Chariot and being drawn to the Temple to perform Shami puja, Yaduveer was driven in a car.

Yaduveer then performed puja to the Shami Vriksha (Banni tree) and then returned to the Palace to perform puja to the idol of Goddess Chamundeshwari, signalling the end of Navaratri.

It is said that after nearly 400 years, a death has occurred in the royal family during Dasara celebrations. It was during the time of Raja Wadiyar that one of his sons had died in 1610. However, this fact has to be ascertained, said Yaduveer Wadiyar, speaking to Star of Mysore.

The rituals held at the Palace today were witnessed by a few members of the royal family in the absence of Pramoda Devi Wadiyar. 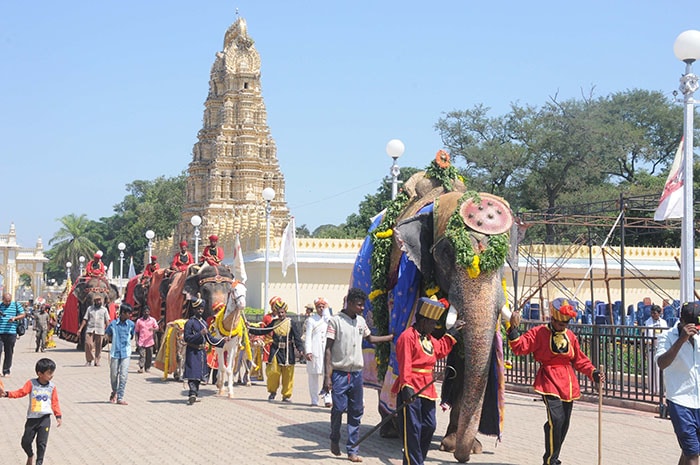 Dasara is celebrated as Nada Habba by the State Government. The celebrations though are in tune with the one held in the Mysore Palace by the erstwhile royal family, the Wadiyars.

Traditionally, the Dasara procession begins after the titular head performs puja to Goddess Chamundeshwari inside the Mysore Palace on Vijayadashami Day. This year due to unforeseen circumstances, the rituals inside the Palace stood postponed. But the Nada  Habba procession conducted by the State Government continued.

A source in the Palace, speaking to Star of Mysore on condition of anonymity, wondered how right it was to hold the Dasara procession when puja to Goddess Chamundeshwari had not been performed by the titular head of the royal family. 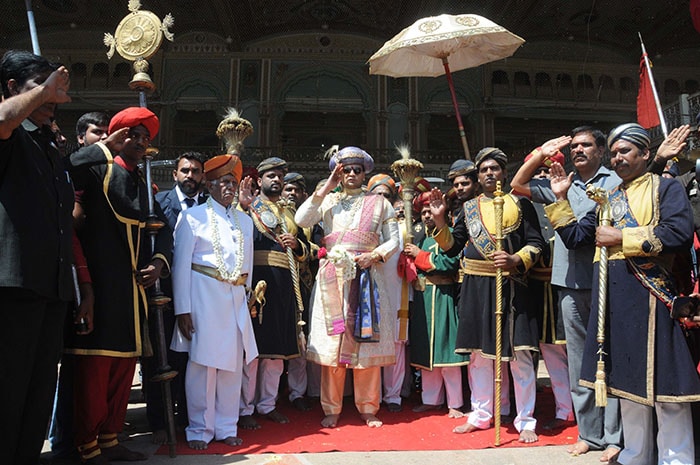 He said that since the State was celebrating Dasara as people’s festival or Nada Habba, it had gone ahead and held the procession. Besides, he added that there was no previous history to follow as this is the first time that two members of the royal family had died on Vijayadashami Day. He pointed out that the State Government, however, recognising the contributions of the Wadiyars to the State, had accorded State funeral to both Puttarathnammanni and Vishalakshi Devi.