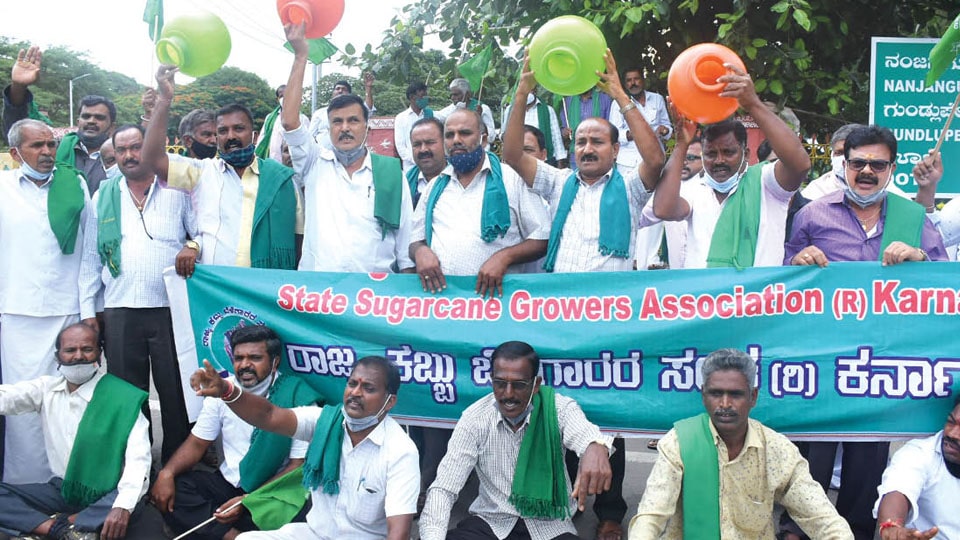 The farmers expressed anger  against Tamil Nadu Government for objecting Mekedatu Project. Also, the farmers demanded that construction of the dam at Mekedatu in Kanakapura taluk should commence soon.

Association President Kurubur Shantakumar said, “When there is increase in rainfall, more than 100 TMC of water is released to Tamil Nadu from River Cauvery. Our State should utilise more water and Mekedatu Project should be implemented soon. In 1960 when Kabini Dam was about to be constructed, Tamil Nadu Government had raised objections over this. But the State Government utilised money and constructed the dam. Now, the State Government should come forward in order to build the Mekedatu Dam.”

“According to Supreme Court verdict, 189 TMC of water is released to Tamil Nadu every year. We can use the Cauvery water without any restrictions, State Government is just giving statements in front of the media over the construction of dam. Government should begin the work immediately rather wasting time. If the work doesn’t begin soon, thousands of farmers will hold a Padayatra from Mysuru to Mekedatu”, he added.