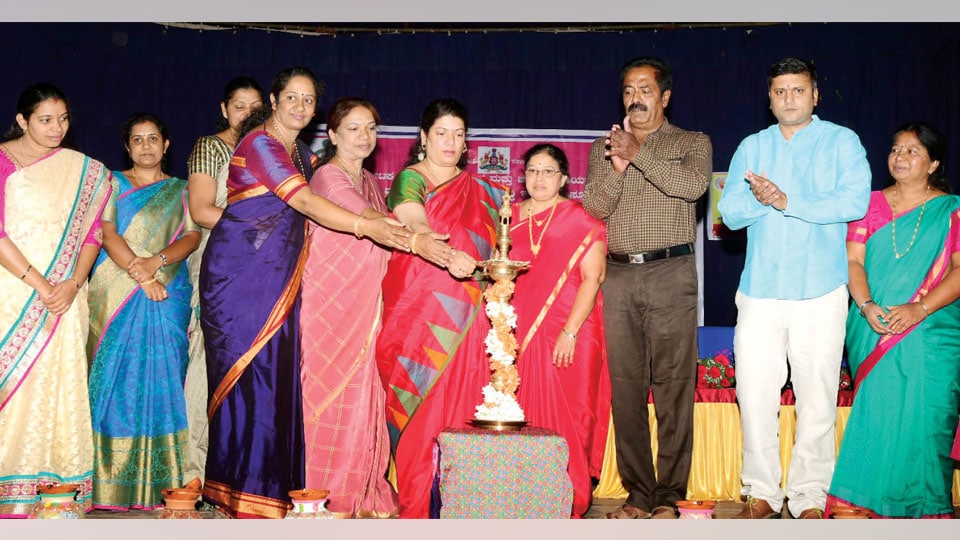 She was speaking at the International Women’s Day celebrations organised jointly by District Administration, Zilla Panchayat, Department of Women and Children Welfare at Jaganmohan Palace in city this morning.

She said that nation has rapidly developed in many spheres, achieved milestones in the areas of science and technology, but atrocities and domestic violence on women, rape and lack of safety for women at working places, incidents of outraging her modesty still continued in society. Women still are not able to walk freely or fearlessly during night hours in our nation, she bemoaned.

Though the Constitution of India guaranteed equal rights and opportunities for women, discrimination in jobs, wages and salary for women still continued, she said.

Presiding over the programme, MLA L. Nagendra highlighted the contributions of women like Indira Gandhi, Sushma Swaraj, Mayawati, Nirmala Sitharaman apart from the valour of Rani Chennamma, Onake Obavva to protect the land.

He said successive governments at the Centre and State besides erstwhile rulers ensured safety, protection and implemented empowerment of women programmes. The absence of District Minister, Tourism Minister, Mayor, ZP President   and other officials at this programme did not go well with the audience.

Over six outstanding children were felicitated on the occasion. Deputy Director of Women and Child Welfare K. Padma, CDPOs Shivalingappa, Naveenkumar,  Manjula Patil, Asha, Sumitra and others were present