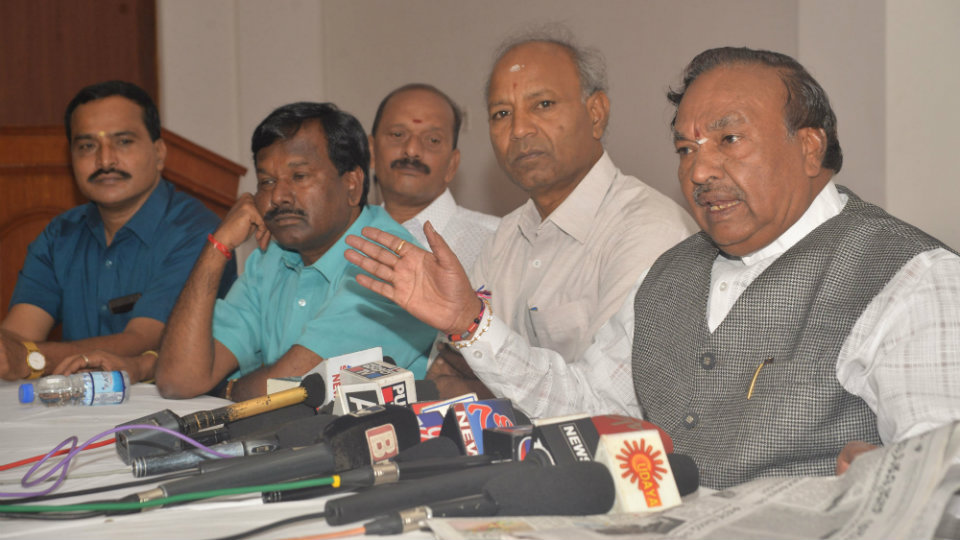 Senior BJP leader K.S. Eshwarappa today attributed sand mafia to the breakdown of law and order in the State.

Addressing a press meet at a private hotel here this morning, he referred to yesterday’s attack on Udupi DC and AC by the sand mafia and said that the incident has yet again proved that the law and order has completely broken down in Karnataka.

Stating that CM’s close aide Dr. H.C. Mahadevappa’s son Sunil Bose is himself facing charges of illegal sand mining, Eshwarappa alleged that many influential Ministers of the Siddharamaiah Cabinet were behind the sand mafia.

Lashing out at Chief Minister Siddharamaiah for making careless remarks against him, Eshwarappa said that his loyalty to the BJP was unquestionable and he need not learn any lesson from the CM.

Terming the CM as the biggest liar, Eshwarappa said Siddharamaiah deserves a ‘Nobel Prize’ for lying.

On House Panel: Hitting out at the Government for setting up a house panel to regulate the media, Eshwarappa said the BJP would not be part of the panel.