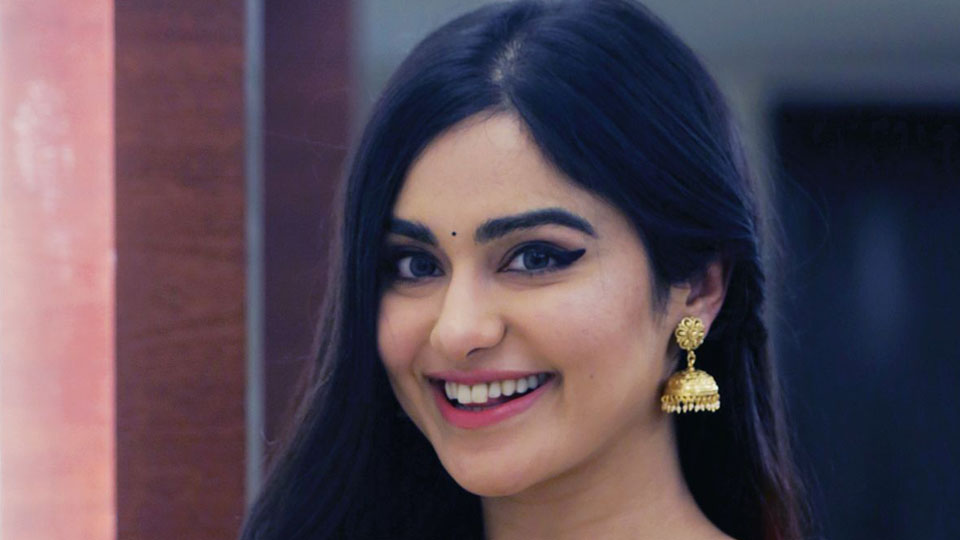 An evening with Adah Sharma

Among the new breed of young actresses, there are many from South India who have been successful in making into Bollywood. Be it Ileana D’Cruz, Tamannaah Bhatia, they have all been successful in ruling not only Tollywood and Kollywood but Bollywood as well. Adding to the list is the ravishing Adah Sharma who has been the talk of the tinsel town since her debut in the horror flick ‘1920’ in 2008 till her latest release Commando 2. Wearing a designer saree by Jayanthi Ballal, Adah was just an angel on the ramp. Star of Mysore Sub-Editor S.N. Venkatnag Sobers caught up with the gorgeous actress during her visit to city recently.

SOM: You belong to a typical Brahmin family from Palakkad. How did movies and modelling happen to you?

Adah Sharma: I have no idea. The plan was probably to study because I was good at  that. But when I was in 9th std., I said I wanted to do movies. My parents were quite cool as they were open with idea of me entering the film world.

Adah: I have almost travelled hundred years (laughs). I started my career when I was not much aware about the nuances of film industry. I just knew that I could dance and act. Since the Day 1 in the industry, I have grown a lot as a person as I have had a chance to meet many people. Now, I know what I really want to be. It is a tough industry to work which I got to know only after I started acting. It is good that I never knew about the industry else I would not have been here at all. Being a crazy person myself, I guess I did the right thing by choosing to be in movies.

SOM: Tell us something about your experience with Puneeth Rajkumar in Ranavikrama?

Adah: Actually, I was shooting for Heart Attack, a Telugu movie directed by Puri Jagananth when I received a call saying that there is a role in Ranavikrama starring  Puneeth Rajkumar. I hadn’t really followed Kannada movies. But when I saw his work I felt he is an amazing actor and an extraordinary dancer. When I worked with him in the sets, we saw what kind of a person he is. It is wonderful to achieve the stardom and also to be a nicest person like him.

SOM: Share with us your experience in Hindi, Telugu and Kannada film industry?

Adah: I have decided to do movies in all possible languages before I breathe my last. I have a flare for languages and pick them up pretty quickly. Hindi and English being very comfortable, Telugu was foreign to me. But, I believe emotions are the same. Every person walking into the studios wants his or her movie to be a super-hit. It is quite challenging to do movies in different languages.

SOM: What is your style statement?

Adah: I don’t think an actress should have one particular style statement because it limits you. An actress can just look great in an Indian wear or wearing a bikini. I want to be an actress who does both. People seeing me in a bikini must say she never looks good in a saree and people seeing me in a saree must say she will never look good in a jeans. I have been lucky to have such roles which have put me into both and also the fashion industry has seen me sporting both looks and style. My personal style would be a little quirky, as I like to dress up in casuals when at home.

SOM: What are your future projects. Are you doing any Kannada movie?

Adah: Honestly speaking I haven’t signed any Kannada movie after Ranavikrama. I had received a lot of offers but I feel I should be doing something really well in each of the languages. You will definitely see me doing roles which I have not done before.

Adah Sharma Mysore Fashion Week S.N. Venkatnag Sobers
Overwhelming response for flights in and out of Mysore Airport
Immerse yourself in city of lights