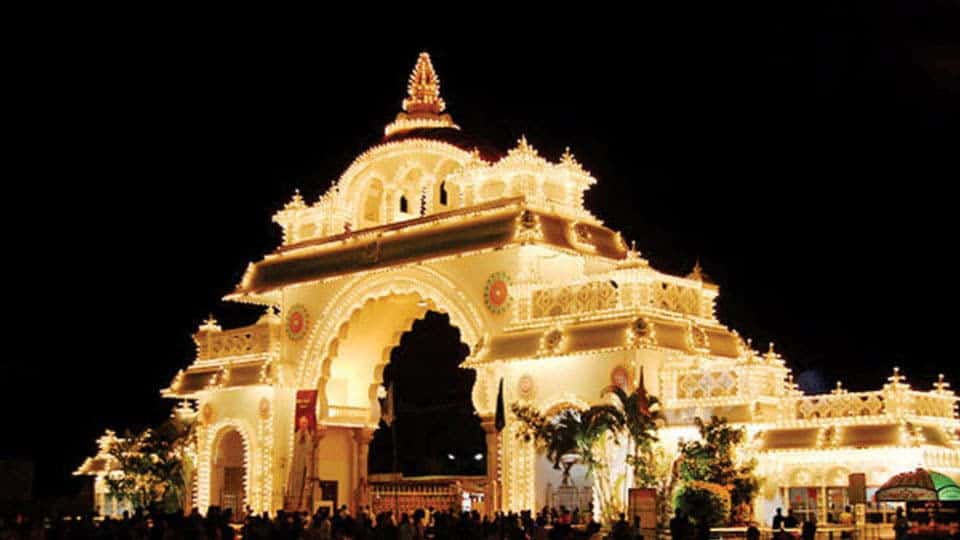 Mysuru: The extension of Dasara Exhibition till Jan.15 has resulted in the Karnataka Exhibition Authority (KEA) and the contracted firm Fun World and Resorts India Private Limited locking horns on payment terms.

Based on the suggestion by Tourism Minister S.R. Mahesh, Dasara expo which was supposed to close on Jan.7 was extended till Jan.15. Accordingly, KEA reportedly asked the assigned contractor to deposit Rs. 62.16 lakh for the extended period of eight days calculated on pro-rata basis of Rs. 7.77 lakh per day. The contractor had appealed KEA to waive the amount for the extended period citing poor business for the stalls which was not accepted by KEA.

In-charge CEO of KEA T. Venkatesh had served a notice to the contractor  yesterday to deposit the said amount which resulted in a heated argument between KEA Manager Reddappa and GPA (General Power of Attorney) Holder of the Contractor Mallikarjun. Police intervened and defused the situation.

Speaking to the press, Mallikarjun said that the topic of additional payment was discussed with the stall owners who lamented over the poor business. He added that the appeal for a free extension was conveyed to KEA which was turned down. He alleged that the gates to the exhibition was closed for some time and re-opened later.

Speaking to Star of Mysore this morning, Venkatesh said that he would meet the Tourism Minister in Bengaluru today and finalise the decision regarding the extra payments.