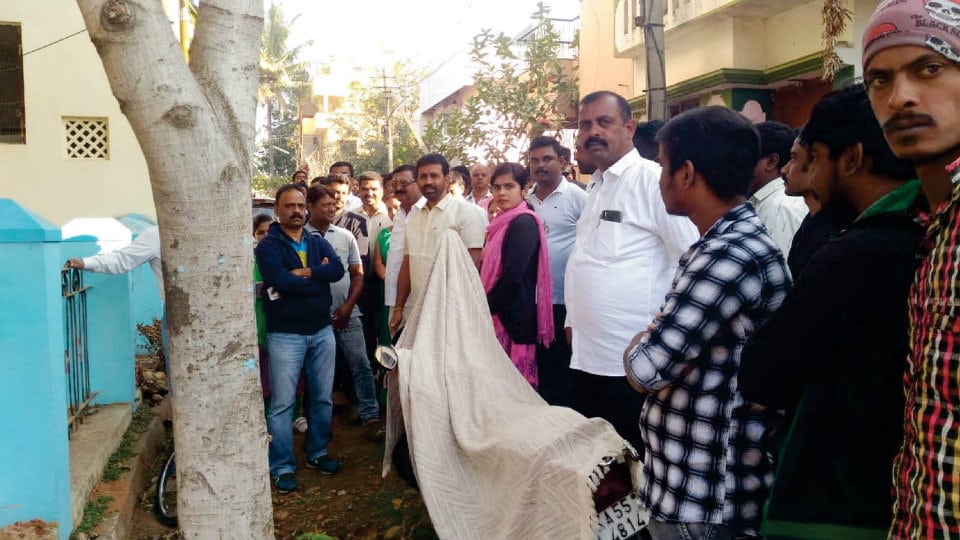 He began his padayatra after performing puja at Prashantha Ganapati Temple. Even as he commenced his padayatra, some elderly women complained of problems they faced in getting ration cards. Nagendra directed the officials to take a serious look into the issue.

He later inspected several parks in the Ward, when the residents complained of indiscreet dumping of wastes and poor maintenance. He instructed the officials to clear the parks of debris and wastes. The MLA sought co-operation of the residents in maintenance of parks.

As he moved on, Nagendra found some defunct street lights, following which he directed the officials to remove old poles and replace them with new ones.

The MLA later walked on the Ring Road, when the residents along the Service Road complained of severe UGD problems.

He took the MCC officials to task for issuing licences for construction of multi-storey buildings along the Ring  Road. The officials said that they have served notices to the owners of such buildings for violations.

As he went around the area, Nagendra took objection to the unscientific construction of manholes and directed to build manholes in a scientific manner.