Home » News » Family living in a toilet gets house 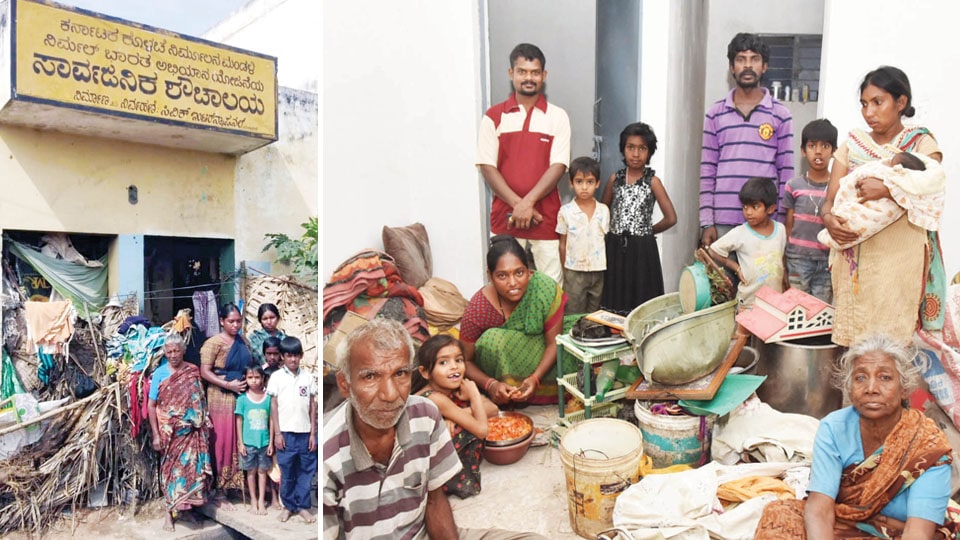 Family living in a toilet gets house

Mysuru: Following the lead story in SOM dated Dec.18 in which the plight of a 14-member family living in a public toilet at Rajendranagar-Kesare in city was highlighted, the District Administration has provided shelter to the family at a housing complex in Yellamma Colony of Bannimantap.

One Krishnamma had been living with 13 other members of her family at a public toilet near the old Kurimandi at Rajendranagar-Kesare for the past several years. Soon after reports appeared on the deplorable conditions that the family was living, the District Administration had assured Krishnamma’s family of a house.

Following directions from Deputy Commissioner Abhiram G. Sankar and MCC Commissioner Gurudatta Hegde, Karnataka Slum Development Board Executive Engineer (EE) Chennakeshavaiah and Assistant Executive Engineer (AEE) Tejashree provided a vacant house at a housing complex built by the Board under JnNURM Project at Yellamma Colony in Bannimantap to Krishnamma’s family as a temporary measure. The Board officials said that a permanent shelter will be provided to Krishnamma’s family under a housing scheme, once the family submits the necessary documents.