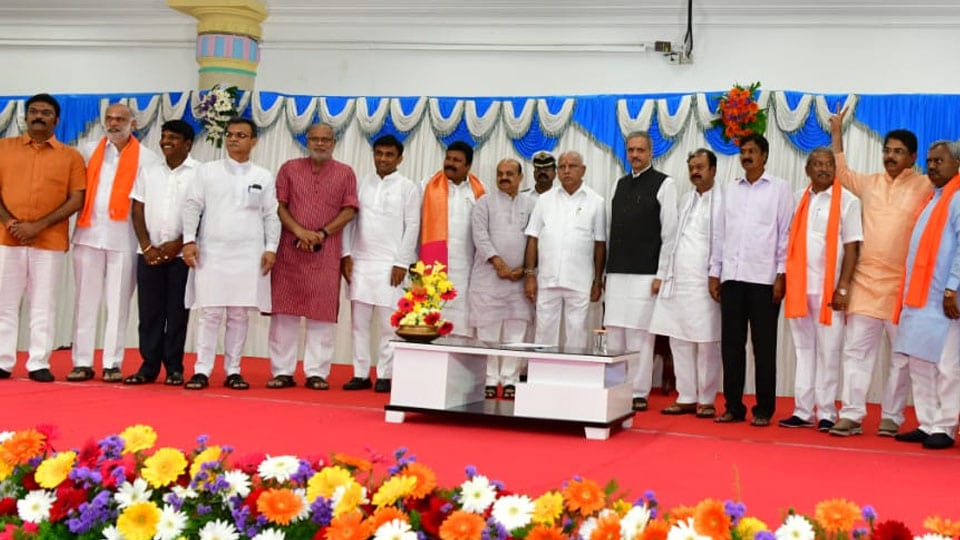 Two Congress members —  H.P. Manjunath and Rizwan Arshad — who also got elected to the Assembly recently in the by-elections, remained absent while 12 BJP MLAs and one independent took oath.

Among the fifteen sitting members, who were disqualified by the Speaker, earlier, as many as 11 were re-elected to the Karnataka Assembly while former ministers MTB Nagaraj and H. Vishwanath tasted defeat in the by-polls held on Dec. 5.

With the inclusion of 12 members in their fold, the strength of the ruling BJP in the House has risen to 117 and thus they have attained majority in 224-member Karnataka Assembly.