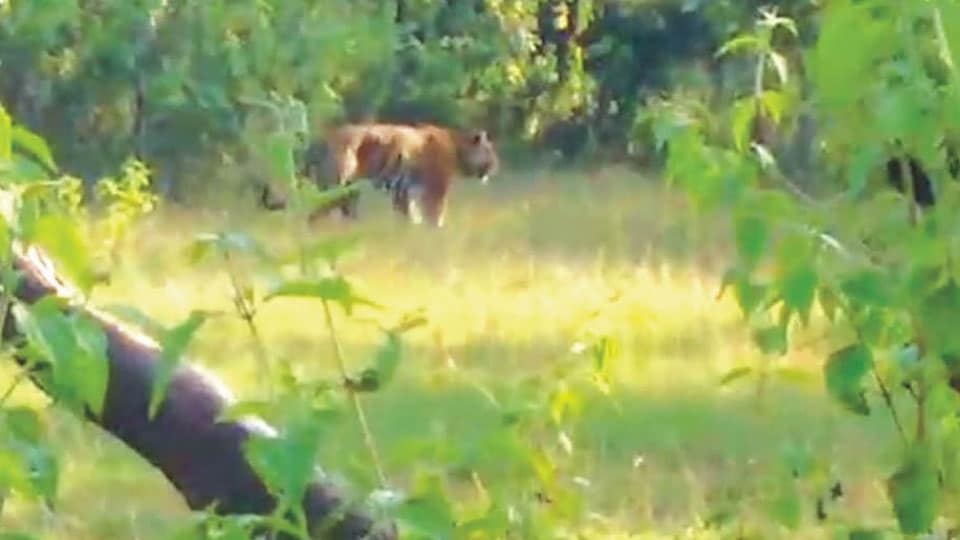 Begur: Fear has gripped the villagers of Kothanahalli near Bandipur Tiger Reserve following the sighting of a tigress and her three cubs near the village on Thursday morning.

Labourers working at an agricultural field spotted the tigress and the cubs feeding on a wild boar at a banana plantation near the village and immediately informed the Forest Department officials. As the news spread, villagers of Kothanahalli, Kurubahundi, Hanchipura and surrounding areas thronged the place to have a glimpse of the tigress and cubs which had stayed put in the banana plantation.

Later, the Forest Department personnel, with the help of the villagers, tried to send back the tigress and the cubs into the forest but the felines moved into a ditch nearby and disappeared. Though firecrackers were burst and loud noises were made, the tigress and her cubs did not appear.

As a precautionary measure, Forest staff were deployed at Kothanahalli, Hanchipura and Vergeese Colony as it had got dark and it is possible that the tigress and her cubs may have moved back into the forest in the cover of darkness, according to Omkar RFO Nagendra Naika.