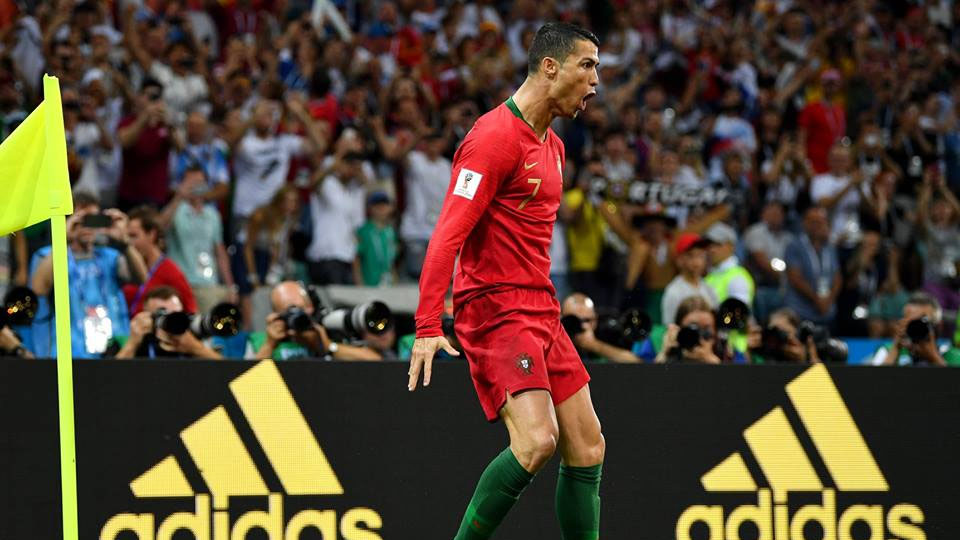 Sochi: Cristiano Ronaldo scored a stunning hat-trick as Portugal snatched a 3-3 draw with Spain in a World Cup classic here on Friday. Real Madrid star Ronaldo crashed in an 88th minute free-kick to snatch a point for Portugal after a second-half goal from Nacho put the Spaniards 3-2 ahead.

Earlier, Ronaldo had twice put the European champions in front only for Diego Costa to bring Spain level on each occasion on a steamy night on Russia’s Black Sea coast.

But then Ronaldo stepped up to send his free-kick from 25 yards up over the wall and into the net, as the Iberian neighbours settled for a point apiece in this Group B encounter. It was a remarkable signal of intent from the current Ballon d’Or winner, who had never made a serious impact in any of his previous three World Cups, only managing to score one goal in each.

In one night the Real Madrid superstar doubled his World Cup finals goal tally, and made history by scoring at an eighth consecutive major tournament going back to Euro 2004, when he was still a teenager.

A heartbreaking stoppage-time own goal from substitute Aziz Bouhaddouz gave Iran a dramatic 1-0 win over Morocco in their World Cup Group B opener on Friday.

Iran left-back Ehsan Hajsafi whipped in a free kick five minutes into added time and Bouhaddouz launched himself at the ball, glancing a header past his own keeper Munir Mohamedi.

The Iranians, who had not won a World Cup game since their victory over the US in 1998, celebrated as if they had won the tournament.

Jose Gimenez scored an 89th-minute header to secure a 1-0 win for Uruguay against Egypt in their World Cup opener on Friday, just as the North Africans appeared to have escaped with a point despite missing key striker Mohamed Salah.

Gimenez met a Carlos Sanchez free kick to score the goal that broke a run since 1960 of failing to win in the opening game of the World Cup finals.