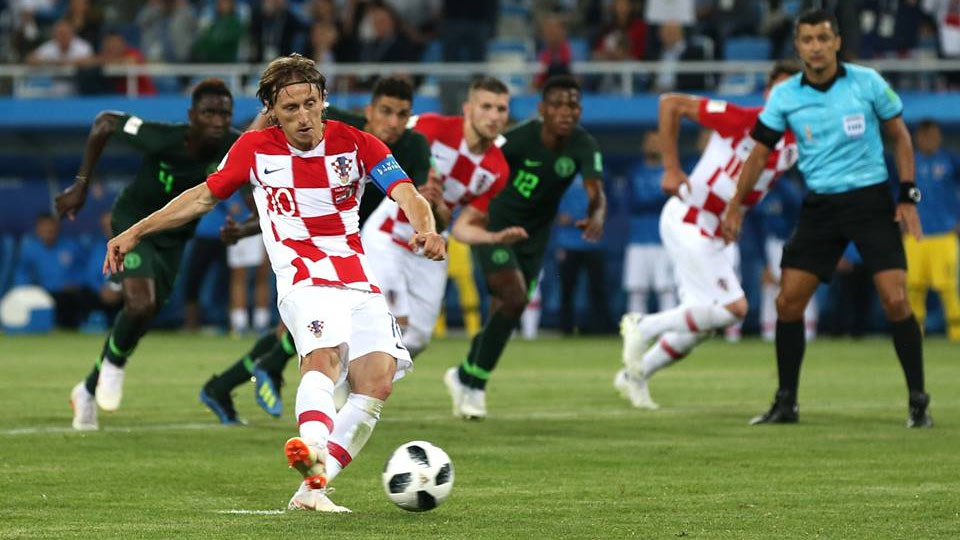 Kaliningrad: Croatia made a winning World Cup start against Nigeria, as Oghenekaro Etebo’s own goal and a Luka Modric penalty decided a poor Group D match in Kaliningrad.

Etebo, who joined Stoke City from Portuguese club Feirense for £6.35m on Monday, turned Modric’s first-half corner into his own net after Ante Rebic and Mario Mandzukic had both got touches.

Modric then converted a 71st-minute penalty — Croatia’s first shot on target — after William Troost-Ekong had manhandled Mandzukic at a corner.

Yussuf Poulsen ruined Peru’s first appearance at a World Cup finals for 36 years on Saturday with the winning goal for Denmark to seal a 1-0 victory in Saransk.

Poulsen made amends for conceding a first-half penalty that was awarded after the referee consulted the VAR system, but which Peru midfielder Christian Cueva blasted over the crossbar.

With France having beaten Australia 2-1 in Kazan earlier in Group C, RB Leipzig’s Poulsen showed great finishing to hit the winner on 59 minutes to the dismay of the overwhelmingly Peruvian crowd in the 40,502-capacity stadium.