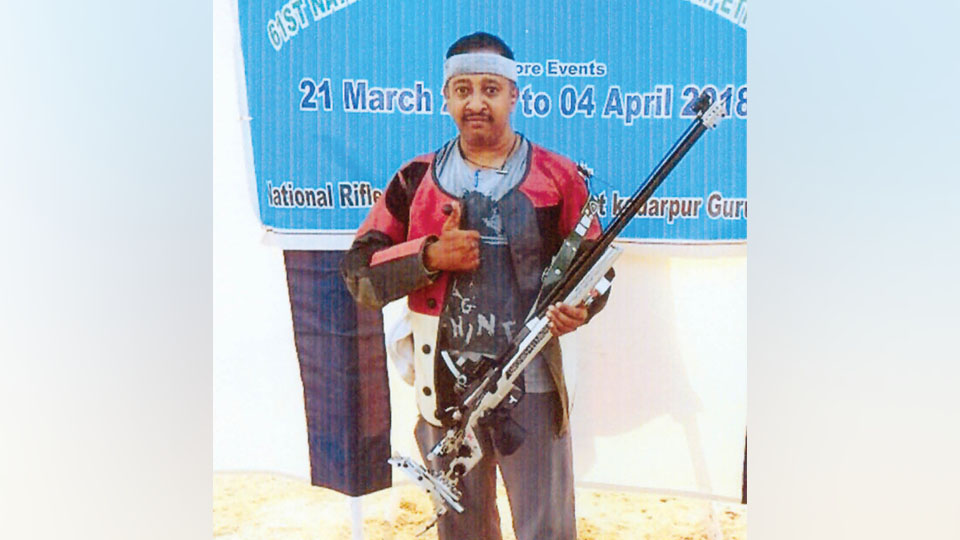 In the 300m Rifle Prone Men Individual competition, Ganesh Prasad came up with scores of 89, 88, 88, 89, 89 and 85 for a total of 528.  He achieved the Minimum qualifying score of 500 and has earned the certification as a ‘Renowned Shot, he overall finished 198th in the competition.

The 41-year-old Ganesh Prasad, a member of the Mysore District Rifle Association, has been practicing shooting for the past four years and has won gold and bronze medals in different State-level Contests.

Interested in the sport in the early days, he watched videos and keenly started to watch international shooters in action in competitions. He took up to formal training and initially practiced with .22 rifle and .303 revolvers and shot gun.

He is the first person from Mysuru to get the ‘Renowned Shot’ qualification from the National Rifle Shooting Association. He is presently being trained by Vikram Singh, who is based in Delhi. Ganesh Prasad has won a silver medal in the .22 rifle shooting competition in the Karnataka State Meet, bronze in the 10m Air Pistol event conducted by Mysore District Rifle Shooting Association. He won a gold in the Nishan Shooting Competition in Bengaluru.

He intends to work hard under the guidance of his coach in the days to come and aims to represent the country in future.