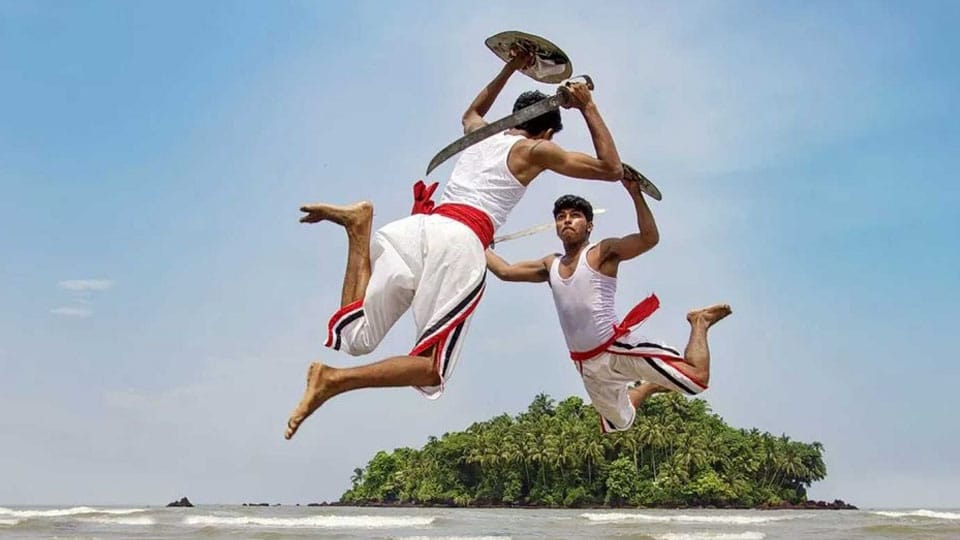 Mysuru:  The 5th National Kalaripayattu Championship, organised by the Karnataka Kalaripayattu Association under the aegis of Kalaripayattu Federation of India, will be held at Chamundi Vihar Stadium at Nazarbad in city on Dec.29 and 30.

Disclosing this at a press conference at Pathrakartara Bhavan here yesterday, Kalaripayattu Federation of India Assistant Secretary Dr. Shaji S. Kottian said that the earlier Championships were being held in Kerala and it is for the first time that the Championship is being held in Mysuru.

He further said that about 2,000 participants from 16 States across the country would be taking part in the Championship and added that food, accommodation and other facilities would be provided to the participants.

Interested persons with knowledge in any martial arts would be provided a month-long training before the commencement of the Championship, which would make them eligible to participate in the tourney.

Vijayan Gurukul, Ibrahim Gurukul, Mahadev, Rajiv and others were present at the press meet.