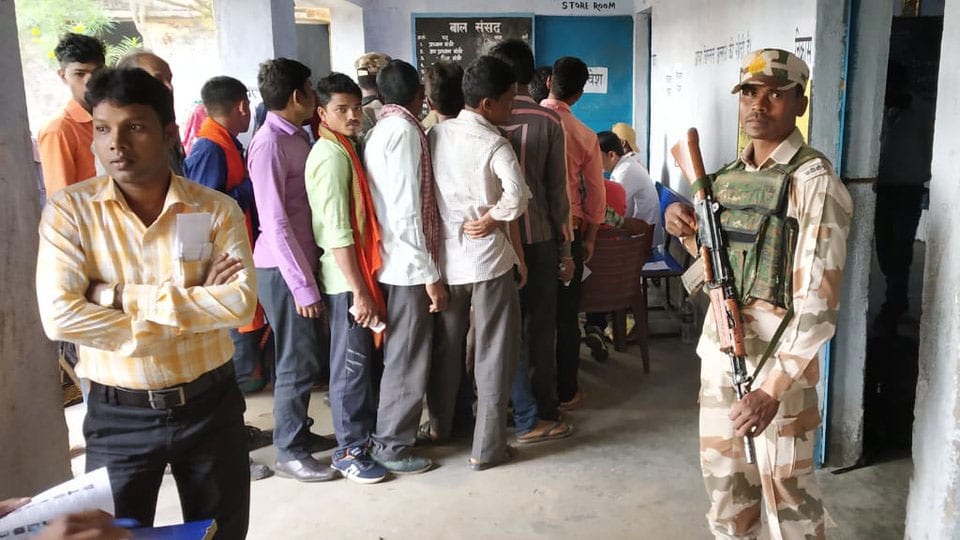 24.2 percent polling reported till 11 am

New Delhi: Polling opened this morning for the fifth phase of India’s marathon elections including Uttar Pradesh where Opposition Congress leader Rahul Gandhi and his mother Sonia Gandhi hope to retain their seats. While Rahul is facing a tough fight from BJP’s Smriti Irani, it might be a cakewalk for Sonia.

Till 11 am, 24.2 percent of the 8.75 crore voters in the 51 seats across the seven States exercised their franchise.

West Bengal witnessed an impressive voter turnout with 32.7 per cent of the electorates in the seven seats having exercised their franchise.

It’s a crucial phase for the BJP, which in 2014 had won 39 out of these 51 seats and together with its allies notched up a tally of 41 for the NDA. Out of the 51, 14 seats are in Uttar Pradesh where the Samajwadi Party (SP)-Bahujan Samaj Party (BSP) combine has mounted a formidable challenge to the BJP. The party had won 12 of these seats in the last general election barring the Congress bastions of Amethi and Rae Bareli.

Rahul’s Gandhi’s decision to fight in a second seat, from Wayanad in Kerala, has also triggered a BJP narrative that he is on a weak wicket in Amethi.

This prompted Rahul Gandhi, a three-time MP from Amethi, to make an emotional appeal through an open letter to voters saying that the development works proposed by him were blocked by the BJP Government in the Centre.