Home » News » “Fighting against Government for nation’s good is patriotic” 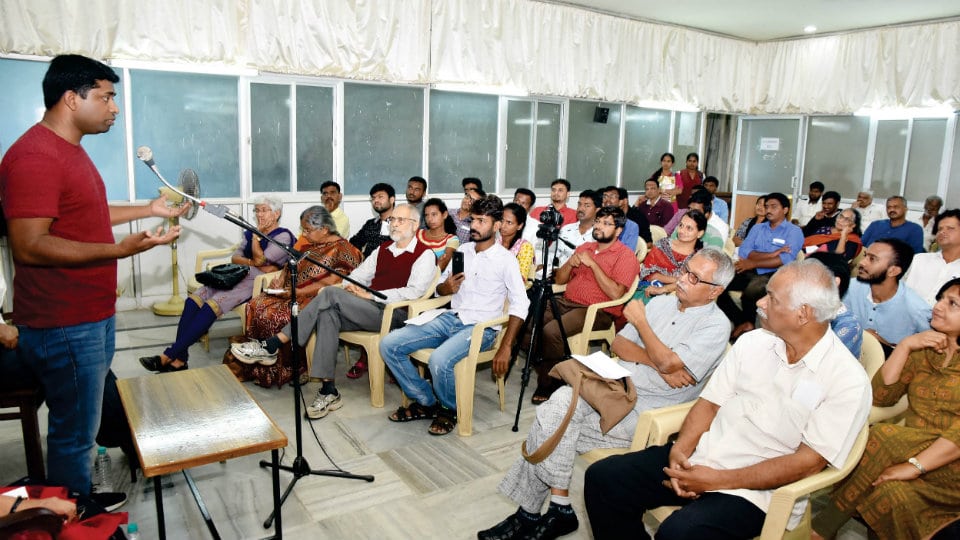 “Fighting against Government for nation’s good is patriotic”

He was delivering a talk on ‘Democracy and Human Rights in India: Challenges Ahead’ organised by Concerned Citizen’s of India (CCI) at Maneyangala in Kalamandira premises here yesterday. “Every decision by the Government is projected as a historic one but the results of such decisions are never discussed,” he said.

“The Government does not seem to have any bold plans to change the way the nation is run. The scrapping of Article 370, Demonetisation, GST (Goods and Services Tax), and other such moves are being projected as major milestones, but I do not see any positive outcome to happen in the future from these decisions,” he said.

Gopinathan, an IAS officer of the 2012 batch of the AGMUT (Arunachal Pradesh-Goa-Mizoram and Union Territory) cadre, caught national attention after he resigned from his post in August, in protest against the Centre’s decision to impose restrictions in Kashmir in the wake of the withdrawal of special status to J&K under Article 370.