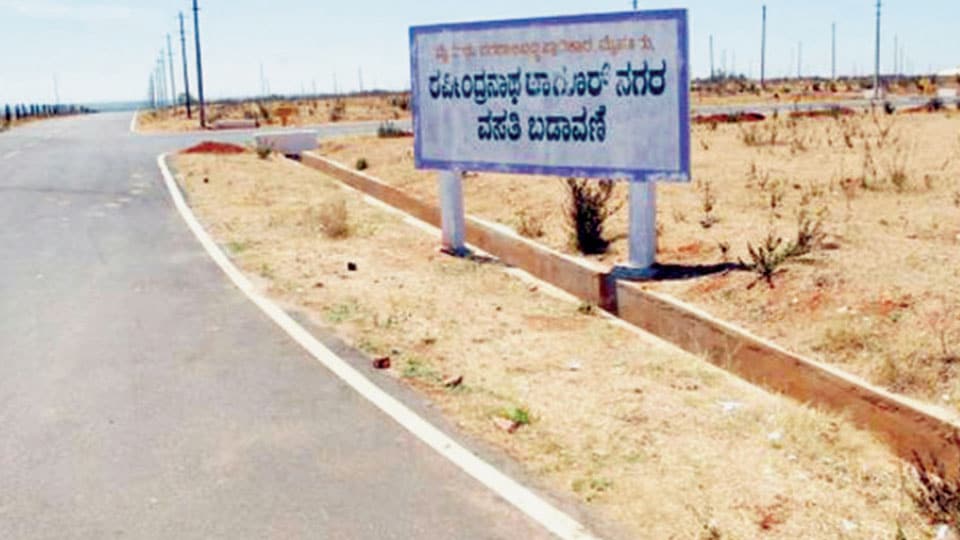 The MUDA which received about 1,300 objections, decided to drop 105 allottees from the provisional list and included 105 beneficiaries based on seniority and number of attempts.

The MUDA, after thoroughly scrutinizing the provisional list, finalised the list of 1,633 site allottees and published the same. The list can also be seen on the MUDA website. As far as ‘H’ category sites are concerned, the final list of allottees of 50 sites coming under the category, is likely to be published on Aug.14. A total of 230 persons had applied for ‘H’ category sites.

MUDA Chairman D.Dhruvakumar said the dropping of the last 105 allottees in the provisional list, has naturally disappointed the beneficiaries. However, the names of 105 dropped beneficiaries will be considered when the list of Lalithadri Nagar layout is published, which is due in a couple of months.

As such, the dropped beneficiaries of RT Nagar layout need not worry, he said.