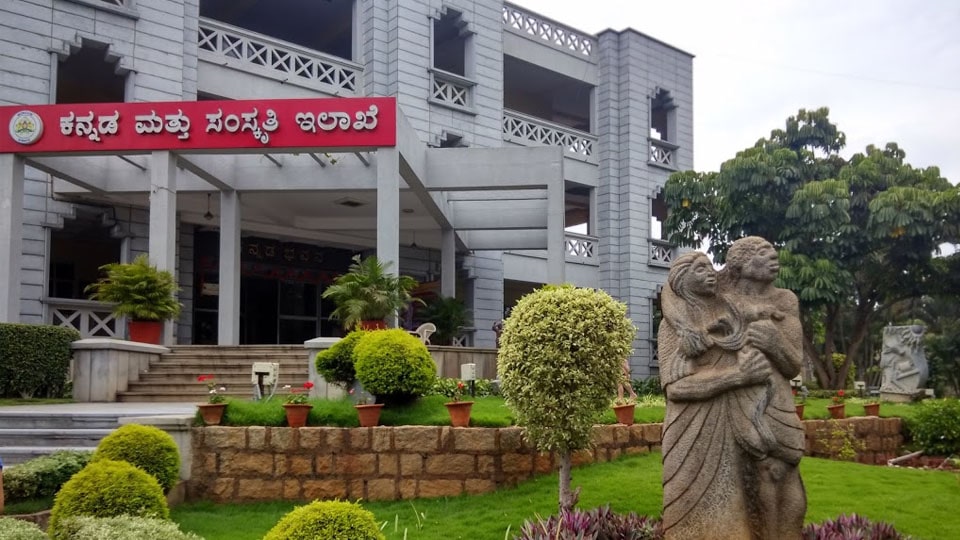 Kannada and Culture Department receives 960 applications in Mysuru district; 18,000 from across the State

Mysore/Mysuru: Professional artistes and writers, who are in a crisis due to the COVID-19 lockdown, are being provided financial aid by the Government.

The pandemic has brought untold misery to all sections of the society and so also to thousands of artistes and writers who are now struggling for their livelihood. Taking note of the plight of artistes, the Kannada and Culture Department has come to their rescue by extending them a financial aid of Rs.2,000 each.

Even before the Government could announce the Rs.1,610 crore package for the working class in the unorganised sector, the Kannada and Culture Department began the process of identifying professional theatre artistes and writers through the Department officials, Kannada Sahitya Parishat, Nataka Academy and other bodies.

Later, the Department invited applications from professional artistes who are not in Government service nor a beneficiary of Pension schemes. The Department had asked the applicants not to give any false or misleading information and warned of action under    the National Disaster Management Act if the applicants had wilfully provided wrong information.

The Department has completed the scrutiny of applications received till March end and has set aside Rs.4 crore for extending financial aid, with a provision for increasing the earmarked amount if found necessary.

Speaking to ‘Star of Mysore’, Kannada and Culture Assistant Director H. Channappa said that the Department had received 960 applications in the district and a list of 721 beneficiary artistes has been finalised. This apart, the Shilpakala Academy too has sent about 400 applications. Likewise other Academies too are sending applications and every beneficiary artiste will get Rs.2,000 as financial aid after the scrutiny of all applications, he said.

Meanwhile, Kannada and Culture Minister C.T. Ravi said that the Department had resolved to provide Rs.2,000 financial package to every professional artiste and writer. The Department, after cancelling the official celebration of Jayantis due to lockdown, is using this money for providing aid to those in financial difficulties. The Department has received nearly 18,000 applications from across the State, the scrutiny of which is going on. So far, about 4,000 applicants found eligible have been provided Rs.2,000 aid, he said and added that the artistes have demanded Rs. 5,000, which matter has been brought to the notice of the Chief Minister.