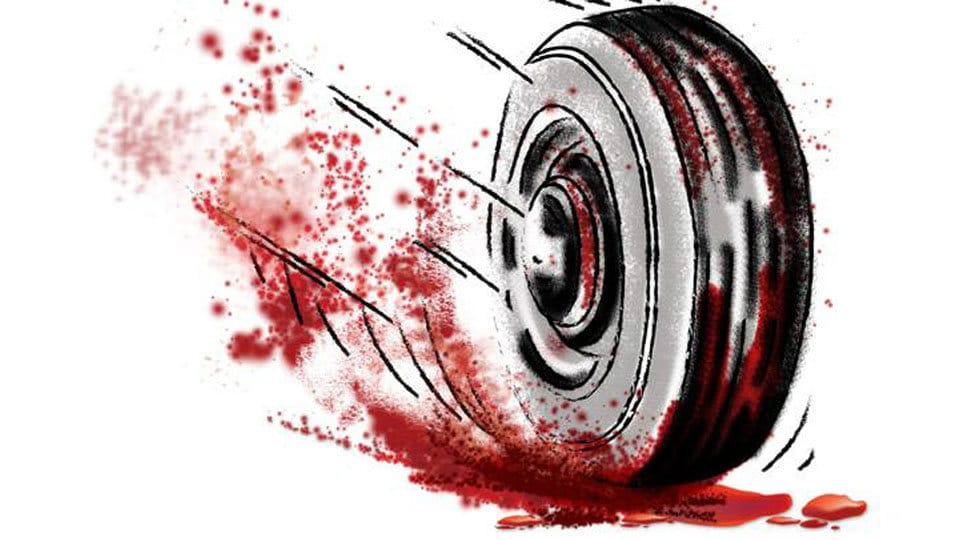 Five killed in accident near Nagamangala

Nagamangala:  In a ghastly road mishap, five persons were killed and four others sustained injuries when a passenger auto they were travelling in collided head on with a tipper on the outskirts of Nagamanagala town in Mandya district on Friday evening.

The deceased have been identified as auto driver Satish of Sukadhare village, passengers Arasamma of Karikyatanahalli, Boralinga and Suresh of Kantapura in Nagamangala taluk and Tallu Seth of Salem in Tamil Nadu. The injured who have been identified as Basava, Puttaswamy, Nagaraju and Puttegowda, all from Nagamanagala taluk, were rushed to nearby hospitals.

The auto was proceeding on B.M. Road towards Adichunchanagiri, when the jelly stone-laden tipper lorry rammed into the auto near Shankanahalli Gate at about 7.30 pm, killing five auto passengers on the spot, it is learnt. Nagamanagala Town Police have registered a case in this regard.

In a tragic incident, a teenage boy drowned in a lake at Neralakuppe in Hunsur taluk yesterday.

Darshan (14), a ninth standard student of Neralakuppe Government High School, is the deceased. He was the son of Nagaraj, a farmer of Neralakuppe.

Darshan, after finishing his exam on Friday afternoon, took his cattle to the village lake at around 2.30 pm, when he accidentally slipped and drowned, it is learnt.