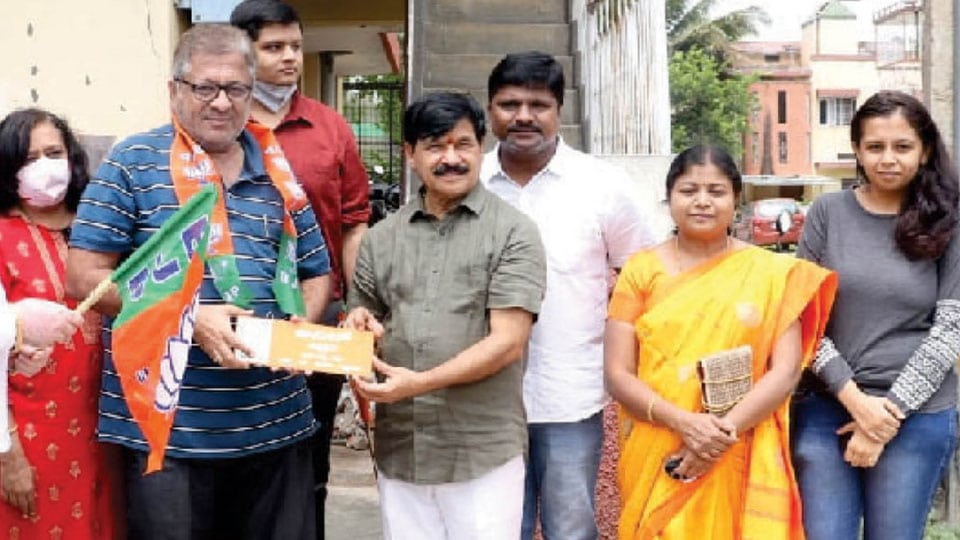 Before launching the event, Ramdas offered flowers to the photos of Pandit Deendayal Upadhyaya and Dr. Syama Prasad Mukherjee.

Meanwhile 269th Booth level President of Mahesh took oath as the President of Ward No. 53, Alanahalli. “Prime Minister and Chief Minister’s positions are on top in any Government. But in BJP, booth-level Presidents are given equal importance and encouraged to organise the party. Central and State Government schemes will be reached to 2,000 members,” said Mahesh.

Speaking on the occasion, Ramdas said that on Nov 16, 2020, BJP State President Nalin Kumar Kateel had launched this programme during his visit to the city.

“BJP flags and name plates were distributed to booth Presidents of Krishnamurthypuram Ward by Kateel. Booth-level presidents are the main pillars of the party. They are not only required during elections and  they are considered as our family members. Many Presidents prayed for me in Churches, Temples and Masjids to make me a Minister from MLA. In order to thank each of them, name plates and flag will be handed over to them,” Ramdas said.

K.R. Constituency has always been on a frontline when it comes to organising the party. Also,  schemes of Central and State Governments should be implemented first in the Constituency, he added.