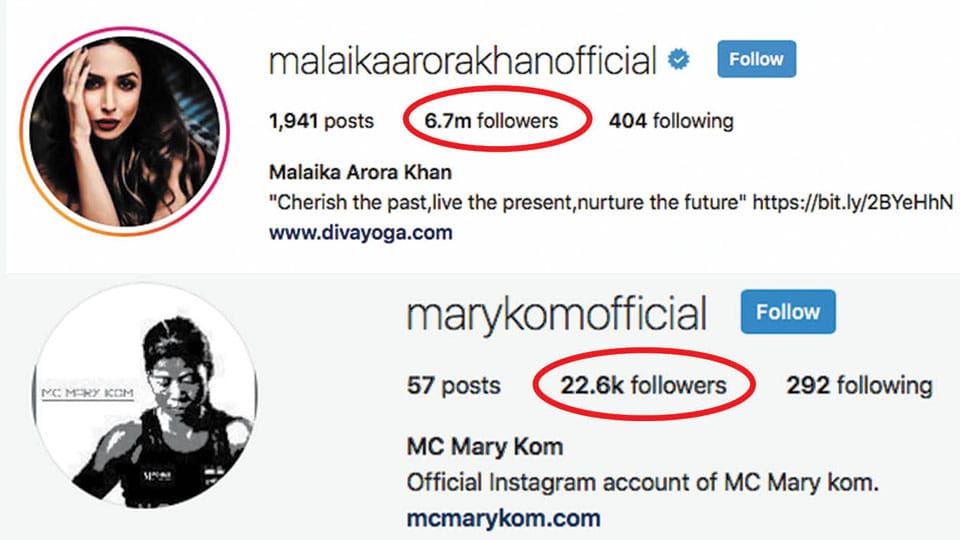 It’s celebrity wedding season and it has begun with Ranveer Singh – Deepika Padukone getting married at Lake Como. If you are wondering, “Where is this Lake?!” you are not alone. Because for the last two days if you type “Lake…” in Google the first choice in the intuitive drop down menu box is “Lake Como.” This means most people in India have been searching for Lake Como on Google. This also shows how interested we are in the lives of our celebrities. And when there is so much voyeuristic interest, there is money to be made.

No wonder, Priyanka Chopra and her soon-to-be-hubby are set to make Rs. 18 crore by selling their wedding photos according to India Today magazine !

Stardom is fleeting and today’s stars want to make hay while the sun shines. But while they harvest their fame, do they also have to use their children? How far will they go to make money and how ignorant are the media consumers today?

Some of us may remember, in November 2011,  30 infants died in West Bengal and the whole nation was worried, but only a little; because we were more worried about another infant, the arrival of Bachchan baby.

Many may recall when the media found out that Aishwarya was pregnant, they asked: “Is Ash going to have a C-section so the baby can be born on 11.11.11?”

The C-section rumours upset the Bachchans so much that they released an over-sentimental press note saying that the media had permanently damaged the Bachchan family’s reputation by ridiculously insinuating that such an esteemed and respected family would turn nature’s course for blind and sensationalised beliefs.

If the Bachchans were so concerned about their privacy, may be the Big Bachchan should have kept his “tweety” fingers tied up and the junior Bachchan should not have used his impending fatherhood to make money. Why did he have to do an advertisement for Idea cellular service where he is asked “and your baby…?” to which he replies, “Before 3G.”

The moment you take money for your private activities to be made public, you have no right to seek privacy. In fact, it is not an invasion of privacy when you have colluded with the media, it’s a                  business agreement.

In fact, today there is immense collusion between the media and the stars. The reader or media consumer must ask themselves how a down-market actress, who has not had a movie in years, still in the news and affording those holidays to foreign beaches that we see splashed in media websites and the star’s social media?

While actors pay the media to put those pictures to remain relevant, there are others who get paid ! It turns out that some media houses have realised that there is high consumption of bikini photos of actresses so these companies buy the actor a ticket and room in a beach resort and in return, the actress must send back bikini photos !

These photos increase the media website’s traffic and its readership ! By the way, these are the headlines on the photo gallery of a national daily as of this morning — “Rhea Chakraborty turns up the heat,” “Bruna’s Sensuous Pictures,” “Disha Patani ups the hotness quotient.”

Another national media has this headline for a photo gallery, “Through the pages of Aaradhya Bachchan’s birthday special dinner.” Really?! A national media is publishing a 7-year-old child’s birthday pictures? And this child’s parents allowed it and they talk about privacy?

No wonder politicians loot because we are busy staring at actors’ bikini photos and a star child’s birthday pictures.

Social media has added to this craze. Today many actresses are surviving on having income by posting sexy selfies. This increases their followers and so some company will approach them to hold their product in a photo for which they charge.

So much for standing up for feminism, female empowerment and fight against objectification of women by these very stars — Hypocrites all.

Now, it’s not just celebrities,  even ordinary people want to be celebrities. They all want to become “social influencers” — the new catchphrase. But influence people to do what? There are a few female trainers who have more followers than professional athletes !

Many are followed not because they inspire people to get fit but because they are eye candy in sexy gym clothes.  When I spoke to a few cocky youngsters in the gym about this, one said “she is not thaaat inspiring but she is eye candy and…” before he could finish another boy added, “it  helps you when you are lonely and want to get handsy” and laughed. Ugh!

Today everyone wants to be somebody. From an IT start-up company CEO to a housewife, all want to be celebrities in some form or shape. In fact, a newspaper in Bengaluru credits the success of its supplement solely on publishing pictures of people partying on its Page 3.

When I met the late Editor of this particular edition of the paper and asked about Page 3 he said, “Yes, indeed it’s shallow, but it sells. People like to see other people, especially if they are good looking, wear nice clothes, are fit and showing some skin. It’s vicarious pleasure!”

Maybe he is right. Don’t we all use Facebook more to see other people’s photos rather than networking?

When most of us live in such celebrity-obsessed world, where, instead of consuming content that is relevant we want to ogle at Disha Patani upping her hotness quotient, it is an indication of our Intelligence Quotient (IQ).

No wonder, our PM talks of ‘Vikas’… but gives us something ‘jhakaas’ like a huge statue instead of an effective Anti-Corruption Bill or Jobs. And we remain dumb about it. Guess, he is appealing to our IQ levels.