Madikeri: Following several complaints of excessive fares levied by vehicle owners from tourists to reach Mandalapatti from Madikeri, the Kodagu District Administration has decided to fix the rental charges and notify the same.

Mandalapatti is one of the most sought after tourist locations in Kodagu district at a distance of around 15 to 17 kilometres from Madikeri. According to villagers, the name Mandalapatti means that the place where ‘Heaven meets the Earth’ and the tourists who visit the area are spell bound by the serene beauty, accompanied by mist, that the nature embraces in its arms.

Mandalapatti is a part of Pushpagiri Reserve Forest and the place has become a famous four-by-four jeep drive spot to the top. The nearest town to Mandalapatti is Madikeri. From Madikeri, Mandalapatti is around 17 kms and one can drive till the last three kilometres. Tourists are not allowed to drive for the last 3 km because of the restriction put by the Mandalapatti Forest Department.

Tourists are taken from Madikeri to Mandalapatti by private jeep owners and their agents. The last stretch of 3 km jeep drive is like a rope walk across a ravine as it is ridden with few dangers and needs driving expertise to touch the destination. 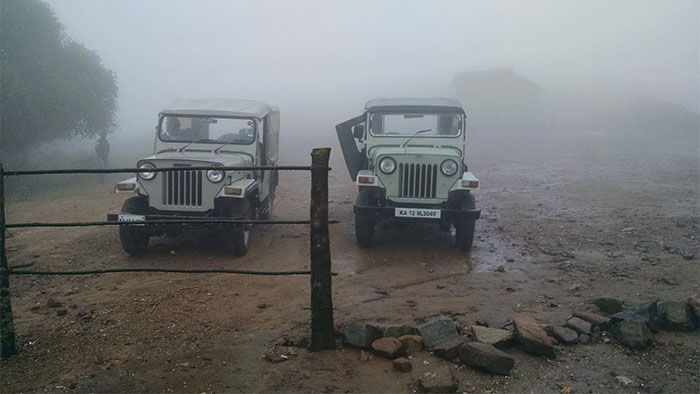 In most of the trips, tourists are herded into jeeps and they are taken back to the point from where they had been picked up without even giving the tourists a chance to see the beautiful place. The drivers do this as they are in a hurry to pick up more tourists. Several tourists have complained to the District Administration that the jeep drivers charge anywhere between Rs. 800 to Rs. 3,000 per trip and they even demand extra tips. 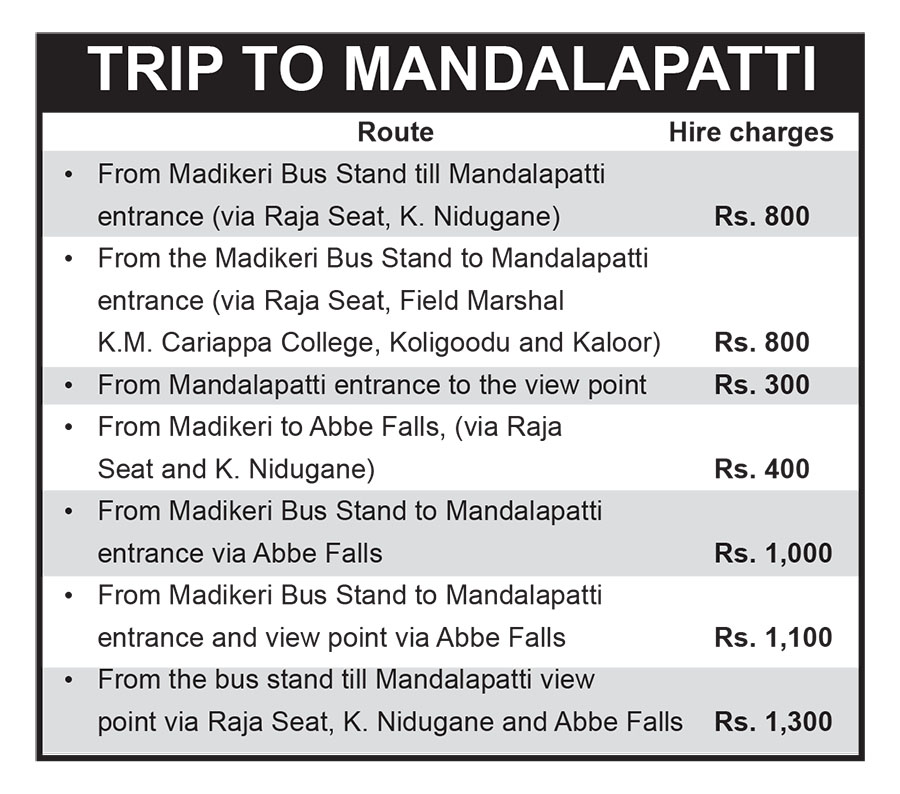 The rules applies to all vehicles that have a capacity to seat 8 persons and all vehicles sporting yellow registration boards must follow the rules.

Tourists are directed to make enquiries with the District Police about the rates and they have been asked not to be misguided by private vehicle operators and their agents.