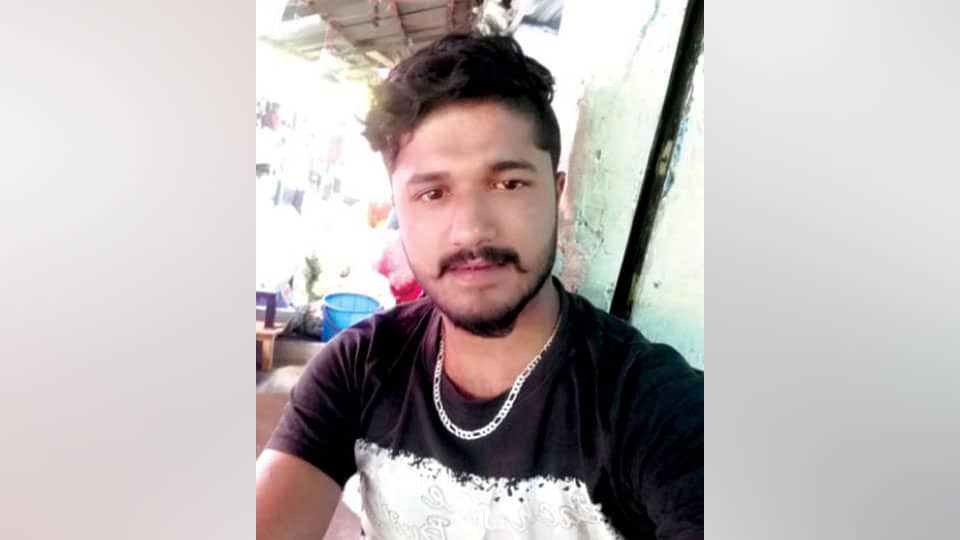 Mysuru: A flower vendor from Devaraja Market was killed when his bike collided with another bike coming from the opposite direction on Bengaluru-Mysuru Highway late last night. The deceased has been identified as 22-year-old Raghu, son of Biddappa and a resident of Palahalli in Srirangapatna Taluk.

According to Police, Raghu was on his way home on his Pulsar bike (KA-11-EK-0769) after winding up his flower trade at Devaraja Market at around 12.30 am. He was entering the Highway near JSS Dental College when his bike collided against another bike.

A man and his daughter were travelling in the other bike. The impact of the accident was such that the three persons and their bikes fell scattered on the middle of the road.

Raghu sustained severe head injuries. Passers-by shifted the injured to Columbia Asia Hospital. Later, he was being shifted to K.R. Hospital but died on the way at around 4.30 am.

Raghu is the only son of  Biddappa. The other injured continue to be treated at Columbia Asia Hospital. NR Traffic Police have registered a case. Traffic ACP G.N. Mohan visited the spot.