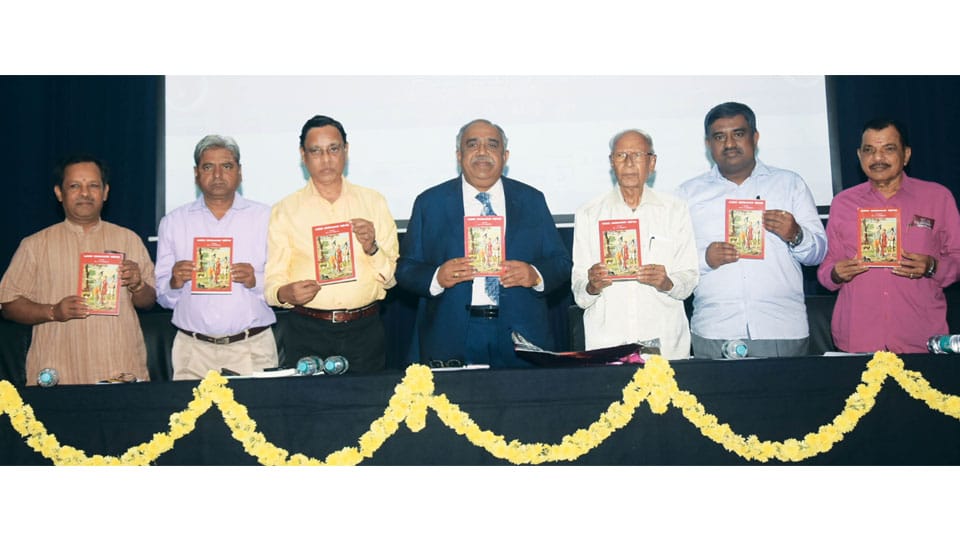 Mysore/Mysuru: Maintaining that Folk literature is rich in naturality  and also has an abundance of concepts, veteran Scholar Dr. T.V. Venkatachalashastry observed that, however, this cannot be seen in Ramayana (Shishta Ramayana) epics written by great poets.

Maintaining that the thoughts of Janapada pushes us to keenness, Dr. Venkatachalashastry said that though the book is written in a simple language, it contains a lot of deep insights.

Noting that  original Ramayana says that Rama, who is called as ‘Maryada Purushottama’  killed Vali by shooting him with an arrow at his back, he said that many believe that it is logically  an unfair way of battle. But Janapada Ramayana says that  Vali had taken  into his hold half the strength of the rival who takes him on in a face-to-face battle and as such Rama chose to shoot down Vali from behind by an arrow, which narrative  many Ramayana epic writers (Shishta Ramayana Poets) failed to grasp, he noted.

University of Mysore Vice-Chancellor Prof. G. Hemantha Kumar, who presided, recalled that Folk Scholar  Dr. Rajashekar was his teacher when he studied at Yuvaraja College. “ I feel  greatly humble  today as the scholar has dedicated his book  to me and also written a 14-line sonnet on me”, he said adding that the messages, roles and situations in epics such as Ramayana and Mahabharatha  should be the leading light in our life.