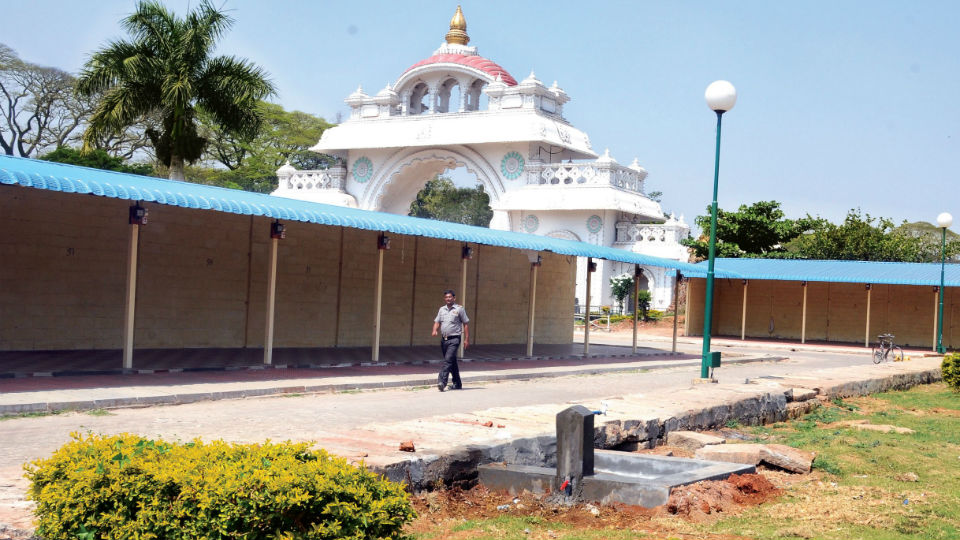 Looks like the ambitious plans of Karnataka Exhibition Authority (KEA) to organise a mega Food Mela at the Dasara Exhibition Grounds premises from tomorrow will be cancelled. Reason: Lack of response from food vendors. With today being the last date for vendors to submit the applications for stalls at the Mela, the KEA has only received 10 applications so far.

Vendors have told the KEA that they were not interested in setting up a stall as the Bengaluru-Nilgiri Road (B.N. Road) that connects Sub-urban Bus Stand to Ooty Road (passing through  Exhibition Grounds) has been closed for concreting works.

The KEA had, on Jan. 19, announced that in order to make the Doddakere Maidan into a major tourist attraction with a host of activities, it is organising a 14-day Food Mela from Feb. 10 to Feb. 23. The KEA had hoped to evoke good response from both tourists and local people for the Food Mela. Accordingly, the ‘A Block’ of the grounds was fixed as the venue.

Speaking to Star of Mysore this morning, KEA Chief Executive Officer N.M. Shashikumar said that they had issued a notification on Jan. 23 and before that, enough publicity was made. “We had fixed a rent of Rs. 10,000 per stall for all the 14 days that included water, electricity, cleaning and rental charges. Today (Feb.9) 4 pm was the deadline for the vendors to submit the applications and so far we have received only 10 applications,” he said.

The KEA had grand plans to have separate sections for Karavali dishes, Malenadu delicacies, North Karnataka cuisine, Tribal food including the famous Bamboo Biryani and local food varieties including Ragi Mudde and other items. “We wanted to provide one platform for vendors to sell food and thereby attract visitors and we were hoping to get around 80 to 90 stalls,” he said and added that they had spoken to many vendors in the city to set up stalls but there was no response.

When asked the reason for lack of response, Shashikumar said that almost all the vendors whom the KEA had spoken to had said that people would not come to the venue through alternate routes as the B.N. Road has been closed.