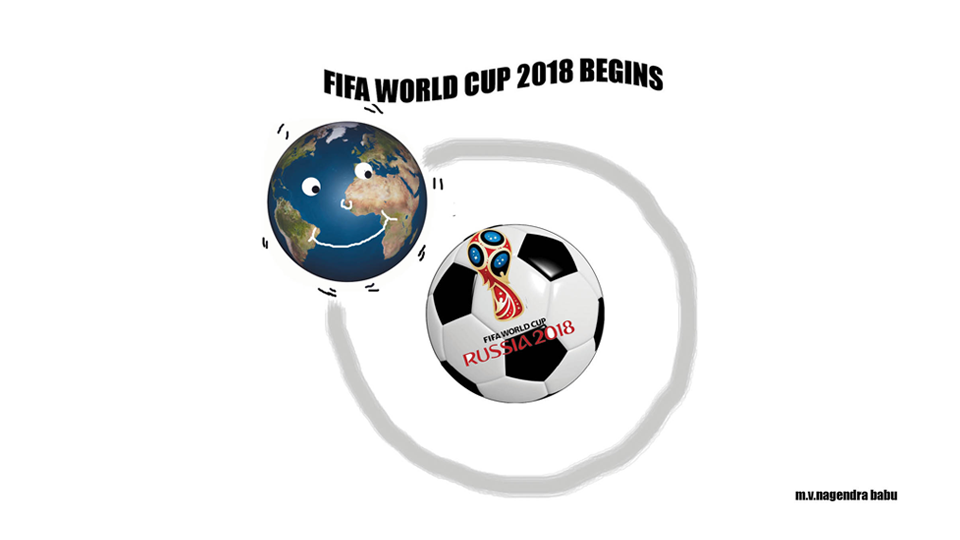 Football’s showpiece event features 32 teams, including holders Germany, competing in 64 games over 32 days. The 21st edition will be played out in 12 stadiums, across 11 cities, spread over 1,800 miles.

England, winners in 1966, are the only team from the home nations to qualify and start against Tunisia on 18 June.

Germany, who defeated Argentina in the 2014 final, are looking to become the first team to win back-to-back World Cups since 1962, while Brazil seek a record-extending sixth world title.

The month-long tournament is expected to attract one-and-a-half million fans to Russia and an estimated global television audience of over three billion viewers.

There are eight groups, each containing four teams, with the top two advancing to the last 16. The final takes place at the 81,000-capacity Luzhniki Stadium on July 15.