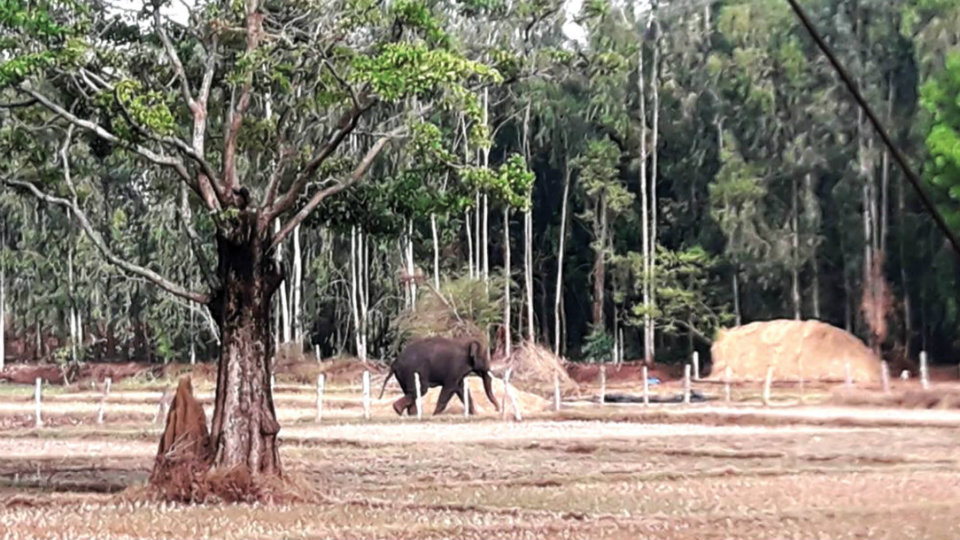 Forest Dept. given permission to capture 4 elephants in Kodagu

Speaking to SOM, the DFO said that directions have been given to capture two rogue elephants each in Madikeri and Virajpet and added that as there was a shortage in tranquillising darts used for elephants, there is a delay in the operation. He said, the menace of elephants have increased in the district and the issue has been brought before the State Government and added that the State Govt. has also given permission to identify the herds and radio collar the female elephant leading the herd.

Manjunath said, it has been decided to grow grass, sugarcane, jackfruit, bamboo and other trees and plants in the forest area which are the food for elephants and added that a proposal to sow seeds was sent to the State Government which has given its permission. He expressed confidence that by growing these trees in the forests, wild elephants entering human habitat and destroying crops and killing humans could be avoided.