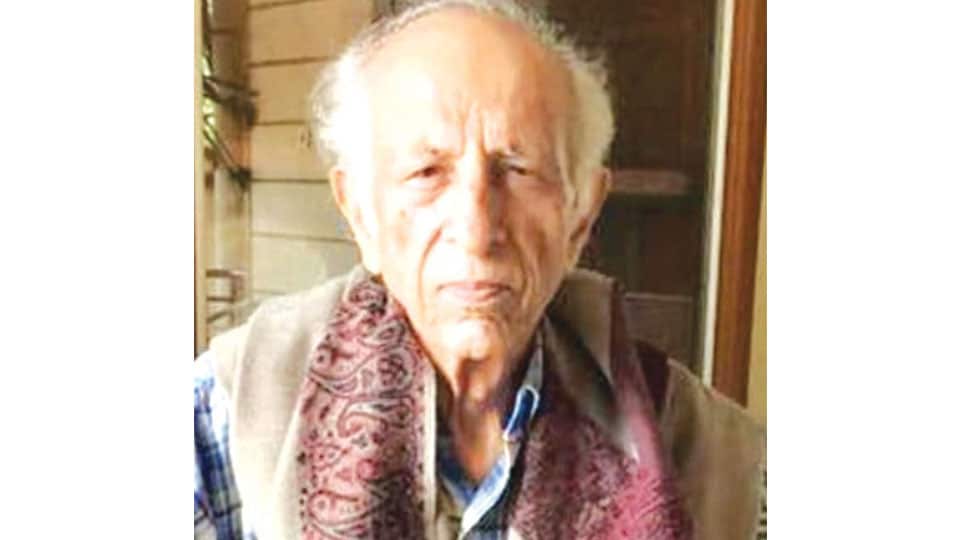 Mysore/Mysuru: Prof. Hansraj Dua (86), retired Professor from Central Institute of Indian Languages (CIIL) and a resident of Hebbal 2nd Stage, passed away yesterday afternoon at his residence in city.

He leaves behind one daughter, one son, grandchildren and a host of relatives and friends.

Last rites were performed at Chirashanthidhama in Gokulam this noon, according to family sources.

Prof. Dua was well-known for his prolific contribution in language policy and planning and he looked after sociolinguistic studies at the Institute for over two decades. He had also witnessed the partition of India when he was a child of around 12 years, living in a small village, Chak 38, near Mandi Bahauddin, which is now in Pakistan.

It may be mentioned, Star of Mysore had published an  article titled “A moving train to Pakistan: Idea of India would  be good if it is Akhand Bharat” featuring Prof. Hansraj Dua on Aug. 14, 2017.