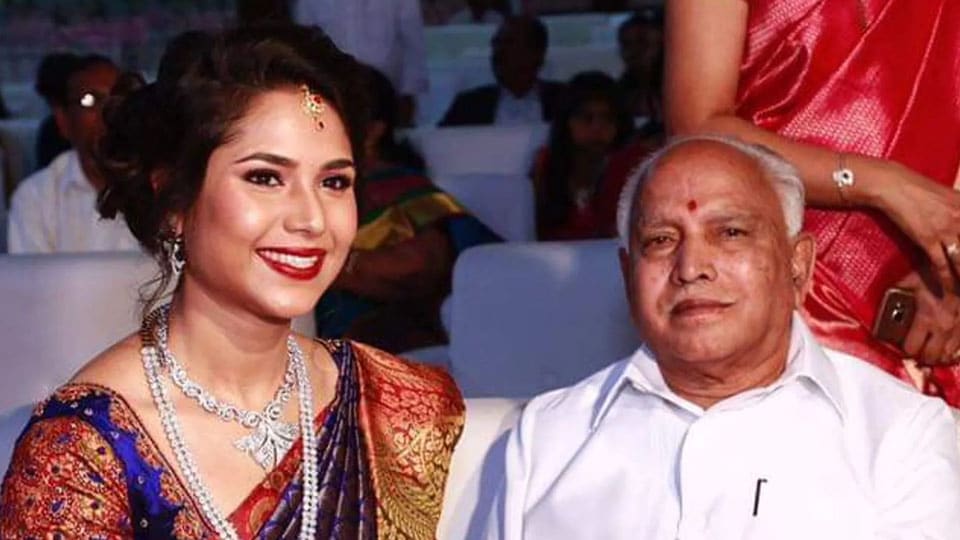 Dr. Soundarya, who was a Physician at a reputed Hospital in Bengaluru, is the daughter of BSY’s second daughter  Padmavathi.

Dr. Soundarya was married to Dr. Neeraj, also a Physician, a couple of years ago and the couple have a child, it is learnt.

Dr. Soundarya residing at an apartment near Mount Carmel College in Vasanthnagar, was found hanging at her residence this morning, following which she was rushed to a nearby hospital, where she died minutes later, according to sources.

High Grounds Police visited the spot and the body has been shifted to Bowring Hospital.