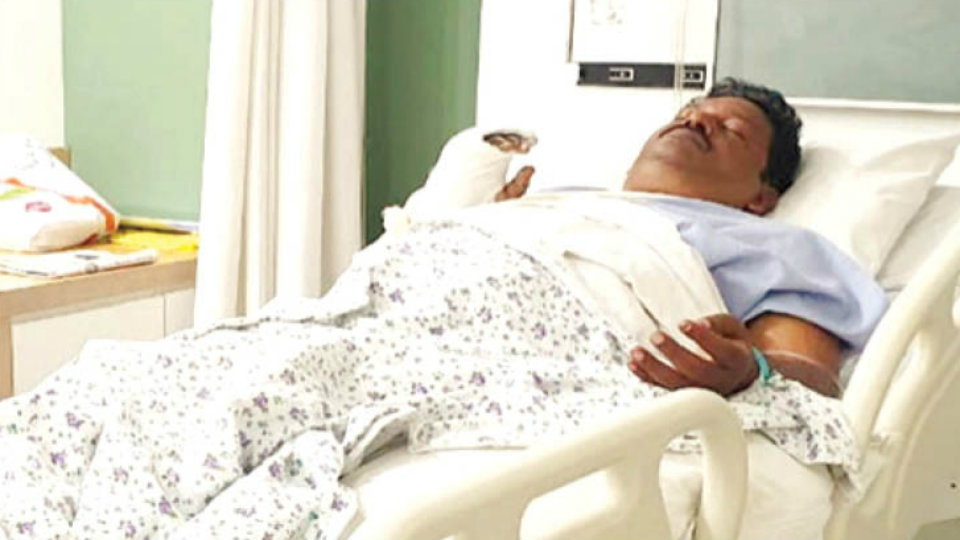 Hunsur: Former Hunsur MLA H.P. Manjunath has been injured in an accident at Greece and was admitted at a private hospital in city.

Manjunath, along with his wife Supriya and family members, had gone to Greece on a trip when the accident occurred.

According to reports, the former MLA and his wife were on a bike to climb a mountain in an adventure activity when he lost balance and fell off. He sustained fractures on his right hand and his fingers. He has been brought back to Mysuru and is recuperating at the private hospital.

Reports said that Dr. Ajay Hegde performed surgeries on Manjunath and is recuperating at his home at Saraswathipuram.

H.P. Manjunath Hunsur
Eight-day event at Ganapathy Ashrama from May 19
‘GST is not just tax reform but business reform as well’