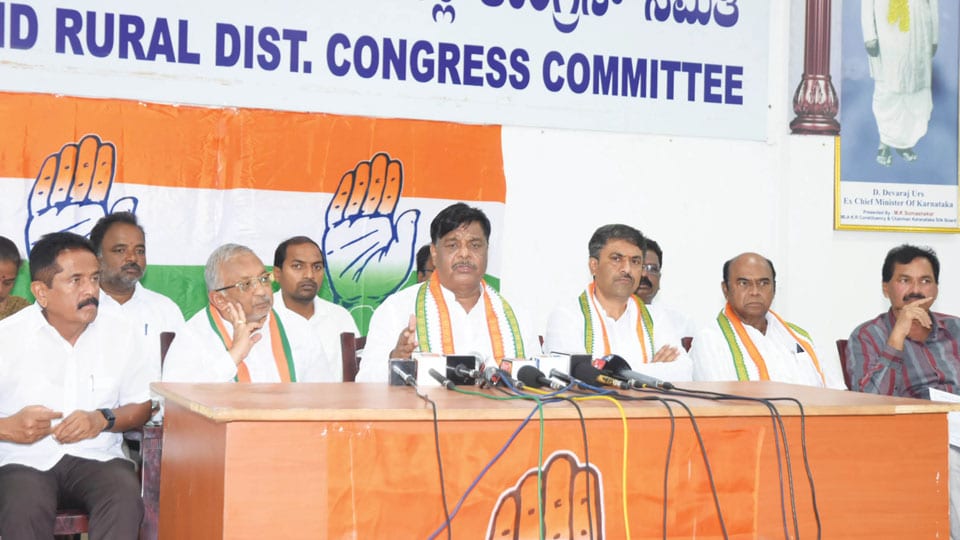 Mysore/Mysuru: Accusing the BJP of fostering ‘Manuvada’ through text book revision, former Congress Minister Dr. H.C. Mahadevappa alleged that the Government was out to distort history.

Addressing a press meet at Congress Bhavan here yesterday, Dr. Mahadevappa charged the BJP Government of functioning in an autocratic matter, by throwing all norms of democracy to the winds.

Warning the Government against pushing through RSS agenda by undertaking text book revision exercise, Dr. Mahadevappa maintained that the BJP was spreading falsehood by distorting accepted and acknowledged history. Alleging that the BJP was out to diminish the contributions of great personalities such as Basavanna, Dr. B.R. Ambedkar, Narayanaguru and Kuvempu, he said that the BJP and the RSS were making attempts to create communal/caste  hatred and distrust among the population.

Contending that the text book revision also poses a challenge for multi-culturalism, which the country has been practicing for centuries, he claimed that the BJP Government had utterly failed in delivering  its promises.

Urging the voters to defeat the BJP in the forthcoming Legislative Council polls from South Graduates Constituency, he said that the defeat will send a strong message to BJP Governments at the State and the Centre that they are very much unhappy with the goings on.