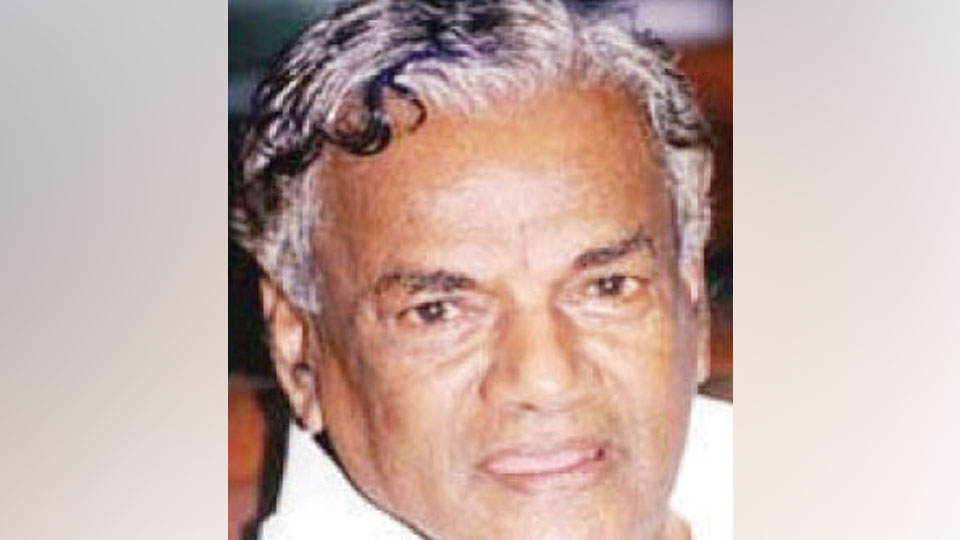 Hassan: Former Minister K.H. Hanumegowda, who was suffering from age-related health problems, passed away at a hospital in Hassan last evening. He was 88.

He leaves behind two sons, two daughters and a host of relatives and well-wishers. Another son Suresh had pre-deceased him.

Hanumegowda, a four-time MLA from Hassan, was the Minister for Command Area Development Authority for a brief period in the Veerappa Moily Government. He was elected to the State Assembly in 1972 on National Congress (Organisation) ticket.

Later, he had severed ties with the BJP as well.

He contested from Hassan in 2008 on Bahujan Samaj Party ticket, but lost. In the 2013 elections, he announced support for Congress candidate H.K. Mahesh. More recently, he had kept himself away from public events because of health issues.

The body of Hanumegowda was kept at his residence in Kuvempunagar near Aravinda School for the public to pay their last respects and the last rites will be performed at his farm in Surapura later in the day today.