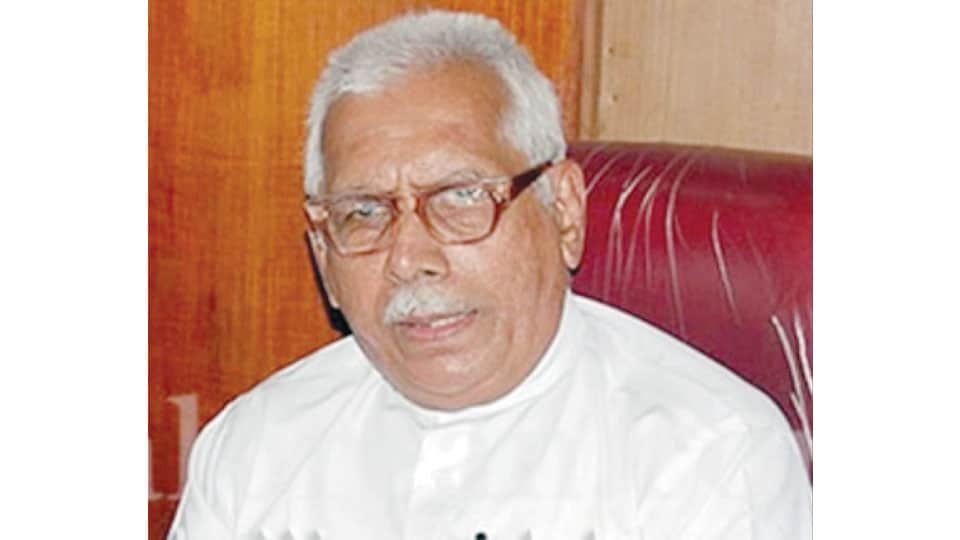 He is survived by his wife Sunanda, five sons including State Food Corporation Vice-President A. Kirankumar Kodgi, Campco President A. Kishore Kumar Kodgi and a daughter.

He had served as Congress MLA from Byndoor Assembly Constituency twice and had served in the Cooperative sector. After quitting Congress, he had joined the BJP and held prominent positions in the party. During the tenure of B.S. Yediyurappa as Chief Minister, he served as the Third Finance Commission Chairperson and also as the Third Finance Commission Implementation Task Force Chairman.

Under his leadership, Amasebail became Karnataka’s first solar-powered Gram Panchayat.  Kodgi had envisioned the project to provide solar lights to all the households in his village when he was the Chairman of the Third Finance Commission Implementation Task Force and 1,497 houses in Amasebail have received the solar lamps.

The body was kept at the Cashew Factory premises at Amasebail till 2 pm today for the public to pay their last respects. Last rites were held near his house.