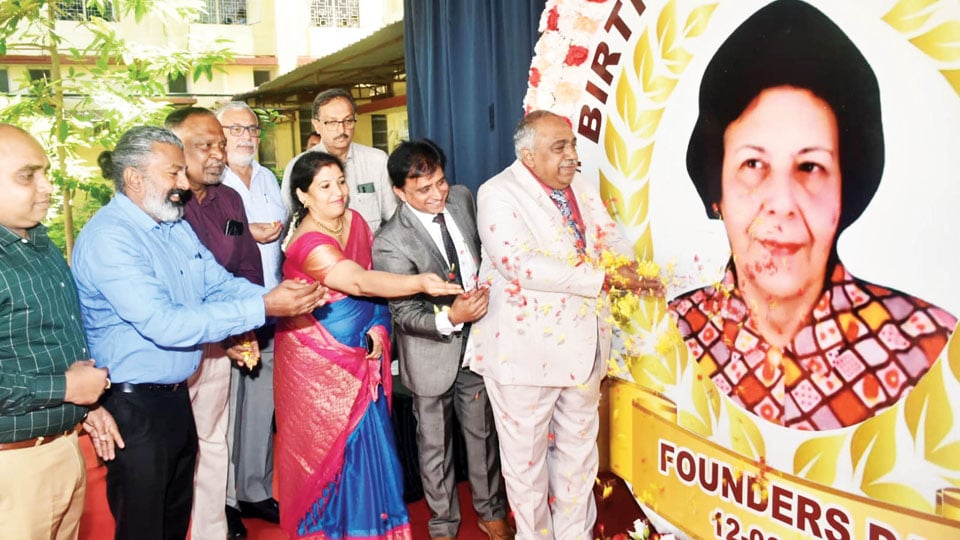 Prof. G. Hemantha Kumar, Vice-Chancellor, University of Mysore, who was the chief guest, offered floral tributes to the portrait of Sheila Irani, an Educationist, Parliamentarian and Philanthropist.

This marks the beginning of a year-long series of events to follow in memory of Sheila Irani, who still lives on in the hearts of every student and teacher who had an opportunity to be a part of the IJRS family.