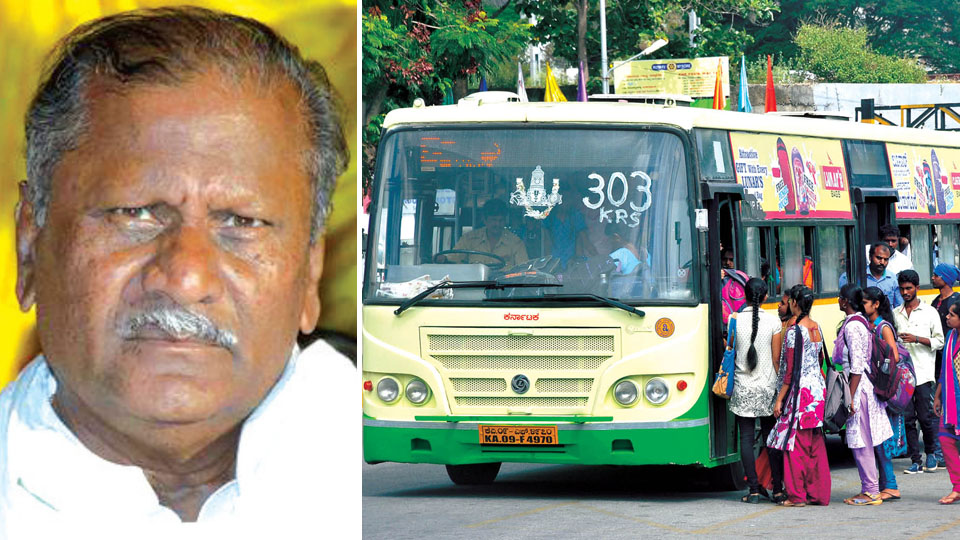 Bengaluru:  Transport Minister D.C. Thammanna on Wednesday said that the government was unlikely to hike the bus fares for now.

Speaking to reporters in Bengaluru, Thammanna said that the KSRTC and three other Transport Corporations — NWKRTC, NEKRTC and BMTC, had proposed a 15 percent hike in fares. But he was yet to discuss the matter with the CM and the present thinking was not to introduce the hike, he said.

Pointing out that the Transport Department was planning to cut down on expenditure and at the same time increase revenues without introducing the hike, Thammanna reiterated that the fare hike has been stalled for now, given that this is still a new government.

Noting that the last hike was effected over three-and-a-half years ago, the Minister said that all the four State-run Transport Corporations had been severely hit by soaring diesel prices over the last six months.

Putting an end to the confusion prevailing over the issue of free bus passes to students, the Minister said that the government would go ahead with the scheme, even though it was going to be a huge financial burden. The scheme might come into effect much before the budget is announced, he added.