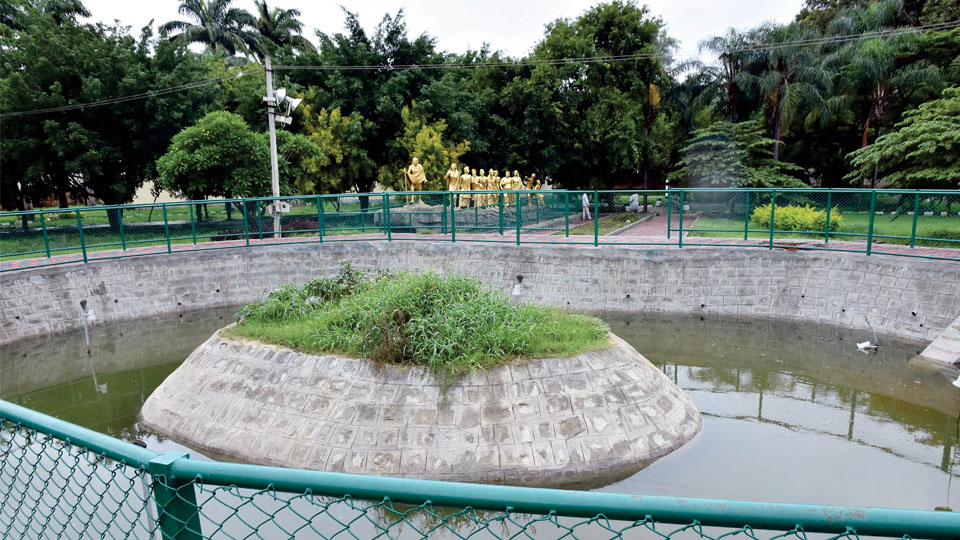 Freedom Fighters Park Fountain yet to spring to life

The work on the fountain was initiated by the then Corporator Prashanth Gowda. However, the fountain has not sprung to life even nearly two years after its completion.

Speaking to Star of Mysore, Prashanth Gowda rued that one of the main reasons for the fountain to lie in a state of neglect is lack of maintenance. Grass and weeds are peeping out even at the fountain and this shows the callous attitude of the Mysuru City Corporation (MCC) in the maintenance of parks and public places, he alleged.

During rainy season, due to heavy rains, the water would seep into the park and as a result, the walking area in the park was always inundated with water, slush and mud. In order to see that the walkers are not inconvenienced, efforts were made to stop the water entering into the park by draining them into small tanks constructed inside the park, he said.

He also said that nearly Rs.50 lakh is earmarked by the MCC for the maintenance of parks but hardly anything is done to maintain them.

Meanwhile, the current area Corporator Pramila Bharath told Star of Mysore that she was aware of the problem and found out that the motor in the fountain was not working and hence it is lying in a state of neglect.

The issue has also been brought to the notice of area MLA L. Nagendra, who has assured that repair work would be taken up at the earliest and the fountain will start functioning, she added.